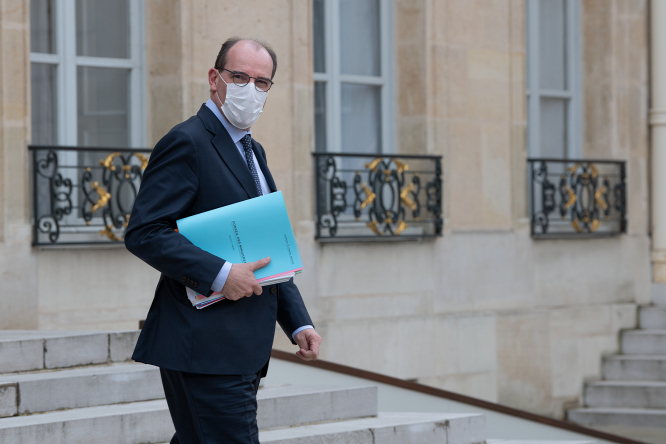 Critics have said the measure announced by the prime minister is ‘not fair and not targeted’ Pic: Frederic Legrand - COMEO / Shutterstock

Prime Minister Jean Castex has announced that adults in France with an income of less than €2,000 net a month will receive a one-off extra payment of €100 from the government.

He referred to the payment as “inflation-compensation” referring to rising prices for petrol, energy and many goods in France in recent months and said it was “the fairest, most effective” decision to take for people in France.

The cut-off for receiving the payment has been fixed based on the French median monthly salary. The €100 will be tax and social charge free and per eligible person.

Eligibility is expected to relate to the amount individuals receive from their main monthly income source and the bonus will be paid out by the body that pays this, as an add-on to the salary or pension etc. Note that in the case of employees it will relate to their October monthly salary, and the fact of getting extra under ‘13th month’ entitlements in December would have no impact on this.

It is not, therefore, related to overall household income as shown on the avis d’impôt income tax statement.

It has, as yet, not been clarified if people who have only foreign income sources, such as a foreign pension, will benefit, as it is not possible for a foreign pension provider to add the €100. We have asked the Prime Minister’s office and are waiting for an update on this point.

The government has insisted taxes will not be rising to pay for the scheme.

Speaking on TF1’s 20 heures on October 21, Mr Castex said the measure, which will cost the government €3.8billion, would be rolled out in the next four months dependent on the recipient’s circumstances and would not impact targets for reducing public deficits following the health crisis.

Some 38 million people in France are eligible including employees, the self-employed, job-seekers, apprentices with salaries, 13 million pensioners, and people living on social benefits such as allocations for disabled adults or the RSA income support benefit.

Students who have means-tested grants will benefit and those who are not part of their parental tax household will also be eligible. Apprentices can also benefit if they receive a salary.

Mr Castex said the aid was aimed at “people who work, meaning people who need their car to get to work”, as well as “retired people, the unemployed, the self-employed, artisans and farmers,” who have an income of less than €2,000 net per month.

Is the financial aid a petrol cheque?

The €100 figure was chosen in light of rising petrol prices as “it corresponds to the average additional costs for petrol for a person who drives 14,000 kilometres per year”, the prime minister’s office said.

In detail,  €80 of the payment is meant to compensate for increased travel costs and the remaining  €20 other cost-of-living rises, such as increased food prices.

Read more: France considers petrol cheques: What are they, who would benefit?

However, the sum will also be sent to people who do not have a car, and people who receive it will be able to choose how to spend it.

This differs from chèques énergie as were announced for nearly six million low-income households by the government earlier this year, which were a form of cheque that could be used solely to pay for gas and electricity bills.

Mr Castex said: “84% of households [in France] have at least one vehicle [but] this compensation is much more than a simple petrol cheque.”

How will people be given the money?

The funds will be transferred to eligible people directly.

Employees will be first to receive it via their companies as an addition to their December wages, followed by public servants with their January 2022 wages.

Retirees will receive it via the pension caisses de retraite in February 2022.

Some students will receive it via their Crous body, that pays out their grant.

Why do some say the aid is unfair?

The president of consumer website UFC-Que Choisir, Alain Bazot, has criticised the one-off payment for being “not immediate, not fair and not targeted”.

He told Franceinfo: “A measure is being taken that doesn’t take into account real expenses. [Some people] who practically never use a car will receive €100 – good for them. [For others] who use their car a lot, €100 will not cover their expenses.”

Mr Bazot also criticised a second measure announced by the prime minister, which was that a freeze of gas prices put in place in September would be extended until the end of 2022 to prevent prices rising any higher.

“It’s a simple way of deferring the payment. That’s what isn’t being said,” Mr Bazot said.

“It’s clear that we will have to pay at the end of the freeze.”