11 things to know about Armistice Day, November 11, in France 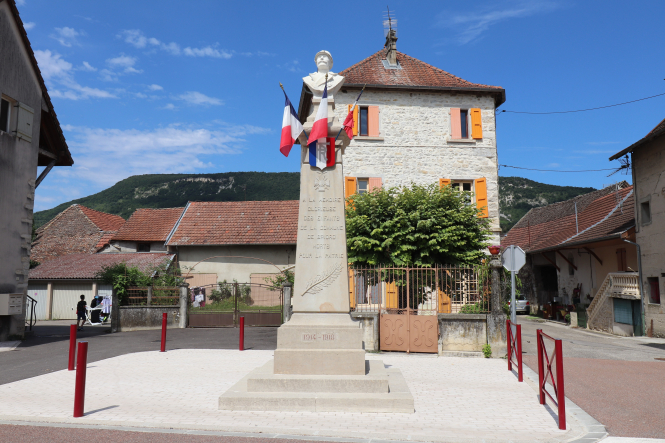 November 11 primarily commemorates the Armistice of 1918 but it is now also a day of remembrance for other wars and heroes too Pic: EBASCOL / Shutterstock

November 11 (today) is a holiday in France, with events taking place nationwide in memory of the 1918 Armistice, and other war-related incidents.

2. The Armistice was signed in a train restaurant carriage, which was parked in the clearing of Rethondes in the forest of Compiègne in the Oise.

3. Marshal Ferdinand Foch signed the document as the supreme commander of the Allied forces, after several days of discussion with Admiral Wemyss of the UK and Matthias Erzberger of Germany.

4. The document was signed between Germany and the ‘Triple Entente’ of France, UK, and US.

5. It was a ceasefire that  was initially intended to only be provisional, as it did not officially mark the capitulation of Germany. It was set to last 33 days, but was later renewed.

6. The date of November 11 was not an accident – it was a ‘French choice’ because the date is traditionally the saint day of the patron saint of the Francs, Saint Martin.

7. It wasn’t until the signing of the Treaty of Versailles on June 28, 1919, that the Great War officially ended.

8. France is not the only country to commemorate the Armistice date; it is also recognised in countries such as the UK, US, Canada, Australia, Italy and Portugal, among others.

9. November 11, 1920 was the first year that the commemoration took place, with France choosing to honour the ‘unknown soldier’ with military honours. The remains of the unidentified soldier were buried under the Arc de Triomphe in Paris, and later placed near a remembrance flame. The day was only declared a national holiday in 1922 after this was decided in late November 1921.

10. The ‘Remembrance Flame’ was created after an idea by War Minister André Maginot. It is kept alive by a ‘Flame Committee’, and has never gone out since 1922, even during the Occupation.

11. In France, the symbol of remembrance is a cornflower, worn in a buttonhole. This is in reference to new soldiers, who during World War One used to wear blue uniforms, and were nicknamed ‘cornflowers (bleuets)’ as a result

Since 2012, the day has also been used to pay homage to soldiers known and unknown who have died in combat in any wars, not just World War One, as well as heroes who contributed in other ways.

For example, this year, President Macron has paid homage to the late Hubert Germain, who was the last surviving person to have received General de Gaulle’s Ordre de la Libération, after a life of duty to France.

Mr Germain died on October 12 this year, aged 101. His coffin will today travel through Paris, from Les Invalides to the Arc de Triomphe and the Champs-Élysées.

Many churches across France commemorate the day by ringing bells at 11:00, and communities hold events at their war memorials. There are around 30,000 war memorials in France, and even some of the tiniest villages and hamlets are likely to have one.

Some shops may have different opening hours today, and some workers may have taken the day off, with many choosing to ‘faire le pont (bridge)’, linking today’s day off with another one tomorrow, to have a four-day weekend.

Did you know? First WW1 Tomb of the Unknown Soldier has French origins