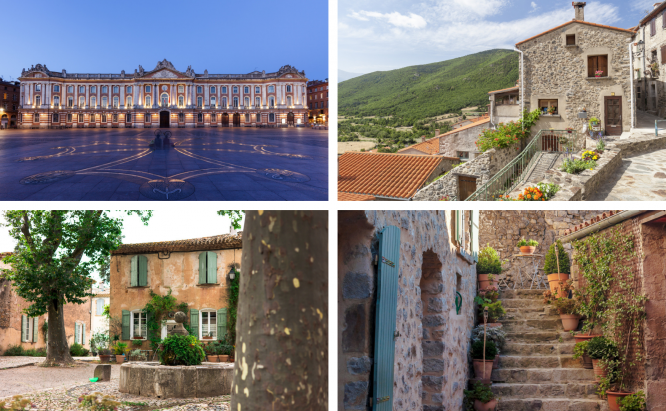 The number of main homes in Occitanie has more than doubled since the 1970s Pic: Joan_bautista / Ldgfr photos / Henryk Sadura / GranTotufo / Shutterstock

The number of main homes in Occitanie, southwest France, has more than doubled to reach 2.7million in the 50 years leading to 2018, new official statistics show.

In the past five decades, the number of homes increased by 2.26, above the national average of 1.83, figures published by national statistics bureau Insee show.

There are now six million people living in the region.

The increase in the number of homes means that since the 1970s, Occitanie has gained an average of 83 new main residences – people moving to live there – every single day.

And, with the significant development in tourism in Occitanie in the past 50 years, the number of second homes in the region has also quadrupled in the same time.

Almost two-thirds (63%) of main homes in the region are houses, Insee shows, especially detached homes on the outskirts of town centres.

There have been 1million houses and 500,000 apartments built in the region in the past five decades.

House size has also shifted, with a trend towards larger homes.

The most common house size in 2018 was four-bedroom (except in town centres, where three-bedrooms were most common); followed by an increase of 3.5 in the number of five-bedroom properties.

Insee has explained the trend by two main factors.

This refers to the trend towards having fewer people per household, which continued rapidly until 1990. In 1968, there was an average of 3.1 people living in each household in France, compared to 2.1 in 2018.

Increased life expectancy, couples forming later in life and having fewer children, and a rise in marital breakdown, are also expected to be significant factors.

The data also shows how homes have modernised.

A few decades ago, most homes were heated with oil, but this has now largely switched over to electricity and growing numbers of renewable energy sources. Almost half of homes in Occitanie are now heated by electricity.

In contrast to the trends of the past 50 years, since the Covid-19 pandemic and its lockdowns, there has been a shift away from urban centres towards the suburbs and the countryside, and a drop in one-person homes.

Second-home owners: How long until French property can be main home?

What accommodation proof do second-home owners need for French travel?

Second-home owners: Can we apply for a long-stay visa while in France?