Air France to run 30% of its flights from July onwards 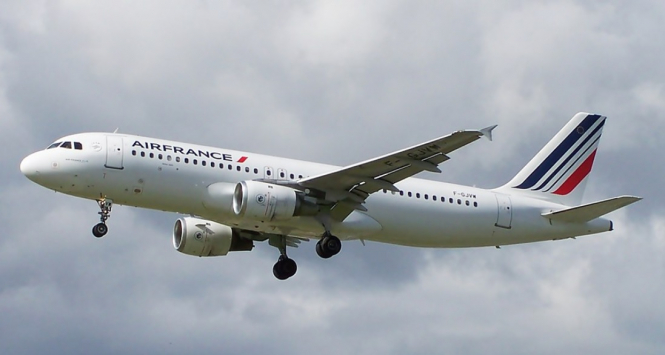 Air France is set to increase its flights to 30% by July, it has said
By Connexion journalist

From May 11 (the date of initial deconfinement measures), the airline will begin by increasing the number of flights running between Nice, Toulouse and Marseille; three major airports that have stayed open despite confinement.

From July, it is expected to increase flights from the current 5% of its usual capacity, to 30%, depending on which countries reopen their borders, both within the EU and outside it.

Currently, more than 90% of Air France-KLM flights have been grounded, and since Paris Orly airport closed at the end of March, all flights leaving or arriving in Paris have shifted operations to Roissy-Charles de Gaulle.

More than 45,000 Air France employees have been placed on the partial unemployment (“chômage partiel”) scheme announced by the government.

Yet, the airline is continuing to offer a “minimum service” between major European destinations, with a few flights per week.

It has also maintained services between mainland France and some overseas territories, including Cayenne in French Guiana, Fort-de-France in Martinique, Pointe-à-Pitre in Guadeloupe, and Saint-Denis in La Réunion.

Many of these flights are operating as part of a rescue repatriation programme for French citizens.

The announcement of Air France’s plans comes as global airline trade body IATA this week said it was preparing to ask airlines to continue some “social distancing” on board flights, including asking them to fly only two-thirds full, after confinement is lifted.

This could see airlines being forced to comply with extra rules such as flying with empty “middle seats”, or even removing the middle seat from aircraft completely. Such measures are likely to affect low-cost airlines the most.

Ryanair boss Michael O’Leary responded to the IATA proposals this week, condemning them as “mad” and “hopelessly ineffective” in an interview with newswire Reuters.

He said: “We’re in dialogue with regulators who are sitting in their bedrooms inventing restrictions such as taking out the middle seats, which is just nonsense. It would have no beneficial effect whatsoever.”

He added that even taking out the middle seat would not allow passengers to stay further than two metres away from each other, and said that enforcing social distancing measures at all points of the airport journey would be impossible.

He said: “You can’t do social distancing in the airport either at check-in, at security, at restaurants or shops - even the airports admit that.”

He added that it would be far more effective to look to domestic Asian airlines - many of which have restarted their schedules - and use face masks and temperature screening instead.

He said: “That seems to me to be the best that we would be able to manage.”