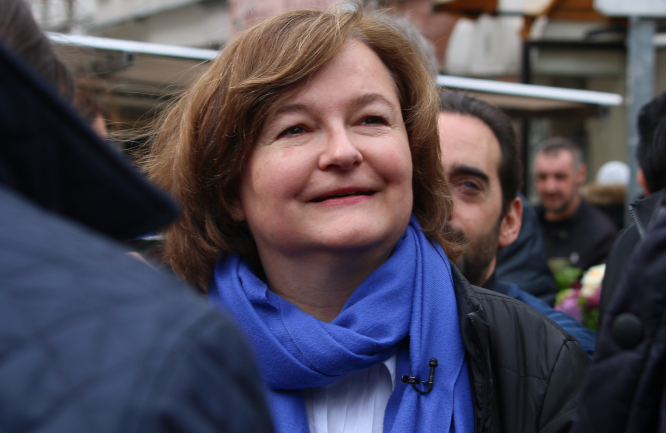 She also said she believes the UK and EU are “very far” away from signing a deal at the end of July, as the British prime minister hopes.

MEP Nathalie Loiseau, who was in charge of Brexit preparations during the Theresa May prime ministership, told French news magazine Le Point that the UK had made the same mistake under Cameron and May, and it was “false” then and “it is still just as false under Boris Johnson”.

“It’s not linked to the personality of one prime minister as opposed to another,” she said, adding: “The EU is not united against the UK, it is united in the preservation of its interests.”

She said the EU’s unified approach was underlined by the recent adoption by the European Parliament by a substantial majority, of a resolution which strongly criticised the British government’s approach to the talks.

Taking up a theme expressed in the parliament’s resolution and in recent comments by EU negotiator Michel Barnier, Mrs Loiseau said if the UK wants to conclude a future relationship deal it must respect the Political Declaration that was agreed with the British government last year.

“What bothers us is that in the negotiation position that has been adopted by the UK, important swathes of the declaration have been left aside by the British,” she said.

“They can’t be surprised if, on our side, we take up again elements that had been judged acceptable by the British prime minister in October in terms of fair competition, governance, or reference to the European Court of Justice concerning the interpretation of EU law.

“None of that is an invention that the EU pulled out of a hat this year. So, as our British friends say, ‘where there’s a will there’s a way’.”

She added that when the British recently made public their list of negotiation documents (ie. the British proposals for what should be in the future relationship agreement), this consisted of a compilation of all the things the British found most immediately useful to themselves in various free trade agreements the EU has with other third-country states.

However it went even further, asking for advantages that had never been given to any other state, Mrs Loiseau said.

“Making a wish list as a starting point for a negotiation can be all very well when you’re not in a rush. But when you tell us at the same time that you’re in a big rush, that seriously complicates the picture.

“All the more as Boris Johnson seems to consider that, by accelerating the negotiations in the weeks to come everything can be ready for a signature by the end of July. I strongly fear that, despite the immense talent of Michel Barnier, we are very, very far from that.”

The resolution adopted by the European Parliament expressed regret that after four rounds of negotiations “no real progress has been achieved, with the exception of very small openings in the limited number of areas”, and it noted “substantial divergences between the EU and the UK” including on basics such as whether there should be a comprehensive future relationship treaty, as the EU wants, or several piecemeal treaties, as the UK prefers.

It also noted the UK seemed to want to focus “only on areas that are in the interest of the UK” and said “such a ‘cherry picking’ approach was unacceptable for the EU”.

It added that the UK’s proposals “fall short of its commitments under the Withdrawal Agreement (WA) and Political Declaration to which the UK agreed”.

The parliament said it stood firm on the position that progress must be made in all areas of negotiations in parallel, including a “level playing field” on rights and regulatory matters avoiding the UK becoming an unfair competitor.

The resolution also included reminders of the importance of the UK fully respecting the WA including on expatriates’ rights and the Northern Ireland border, noting that some EU citizens in the UK are experiencing “significant problems” in obtaining “settled status”, the UK’s name for granting them continued residency, work and social security rights under the WA treaty.

It also called on the EU states to prioritise providing timely and reliable information to British residents on their status and rights so they have “all the information they need and legal certainty about their situation and rights”.

The MEPs said that this should include clarifying if the country is bringing in a constitutive or declaratory residence scheme.

The latter means that Britons who have been living legally and stably in a country as EU citizens are considered to benefit automatically from the continuation of their rights described in the WA, although states may ask that they apply for a document certifying this.

This is similar to the situation of EU citizens living abroad in another EU state, though few Europeans in France take up the option of applying for a carte de séjour to prove their rights.

A constitutive scheme, understood to be the approach taken by France, means Britons will have to apply to be granted a new status allowing continuation of their rights, and for a card showing this new status. Without obtaining this they would no longer be legal residents.

This option is allowed for under the WA treaty as a reciprocal measure, as it is the approach taken by the UK with its settled status scheme.

The resolution also stressed the need for a “dynamic” agreement on social security coordination for the future and “ambitious provisions” for movement of people so that moving between the UK and EU in the future does not create a “burdensome administrative or financial barrier”.

It comes as the UK has failed to include such measures as export of UK disability benefits or 'S1' healthcare provision for future expatriate pensioners in its proposals for the future UK/EU relationship.