Why can Britons only stay 90 days and EU visitors to UK 180? 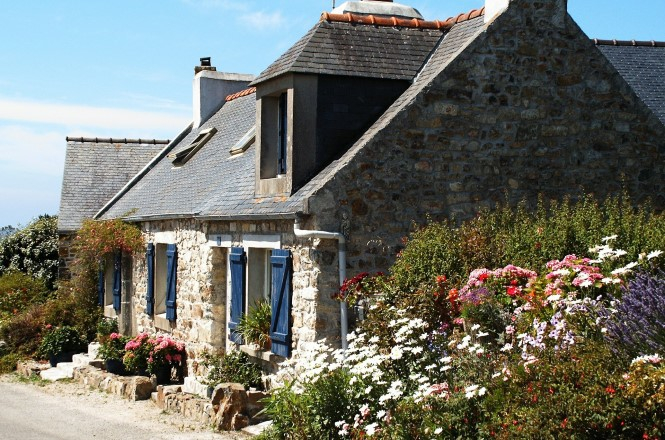 A Briton living in the UK, with a French holiday home, will be limited to staying 90 in 180 days next year. Why is this fair, if a French person can visit the UK for six months consecutively?

This applies both to people coming for ordinary holidays and those visiting second homes.

The short answer as to why, is that this is due to long-established rules on both sides with regard to visiting rights of foreigners.

One the EU side, the application of the 90-day limit to Britons is a direct and predictable result of Brexit.

The rules on this are laid down in the Schengen Borders Code, dating from 2006, which states that third-country nationals, referring to non-EU/EEA citizens, may spend no more than 90 days in any 180-day period in the whole Schengen area.

This rule applies both to foreign visitors holding short-term Schengen visas and to those of nationalities which are exempt from these.

In theory, the rule allows for up to 180 days (six months) in the area in a given 12-month period, however the stays would have to be spaced out.

The UK and EU have already agreed reciprocally that short-term visitor visas will not be required – the worse-case scenario would have been if this had not been the case. Citizens of certain countries must apply for visas even for a short visit to an EU country such as France.

One the UK side, the visiting rule will be that EU citizens may come to the UK for visits of up to six months at a time.

This is due to the UK’s standard immigration law for foreign visitors exempt from short-stay visas, and applies also for example to Americans who visit the UK.

Could reciprocity have been negotiated?

Firstly, these rules on travel after 2021 were not included in the Withdrawal Agreement that was signed between the UK and EU at the start of 2020, as it fell outside its scope.

This treaty mostly focused on protecting the residency rights in their respective countries of residence of existing UK citizens in the EU and vice versa. It also established what debts the UK owes the EU (a ‘financial settlement’) and future rules for the Ireland/Northern Ireland border.

Arguably, however, it was possible for the UK to seek special treatment for its visitors as part of the ‘future relationship’ negotiations that have been ongoing this year.

For example, if it had opted for a very ‘soft’ Brexit option – a ‘Swiss’ or ‘Norway’ position – Britons could have maintained EU free movement as part of the European single market, without the 90/180-days limit. However this would have involved reciprocal free movement into the UK and this was ruled out early on by the UK government – greater control of borders was a key part of the Leave campaign.

The UK could still have pressed for special treatment for its citizens with regard to short visits, although due to the long-standing Schengen area rules applicable to all other ‘third-country’ citizens, this may been difficult for the EU.

A campaign in the UK called '180 days visa free' nonetheless lobbied the UK government from spring 2020 arguing that it should seek in the negotiations for Britons to be able to visit EU countries for up to six months, as a reciprocal measure.

The campaigners told The Connexion at the time they had received mixed messages from British ministers.

They said Prime Minister Boris Johnson told them the “full scope of the arrangements [for visitors], including provision for those with second homes in the EU, is a matter for negotiation”, whereas Foreign and Commonwealth Office minister Wendy Morton said that asking for 180 days a year is not part of the UK’s strategy.

In answer to a parliamentary question tabled in September this year, about Britons with second homes in France, British minister Penny Mordaunt stated that the government was not seeking to agree any specific mobility arrangements for owners of a second home and that after the transition period Britons will require permission from a given EU state to stay longer than 90 days in an 180-day period (ie. they will need to apply for a visa).

'UK has shown no appetite for negotiating this point'

The Connexion recently asked senator for the French abroad Olivier Cadic, who lives in the UK, about whether flexibility could be agreed for Britons coming to France, in view of the six-months rule in the UK.

Mr Beaune said: “Could we go beyond the rule of 90 days in a 180-day period? There are cases, in the south-west in particular, where there are numerous [British] second homes and where people’s stays can [at present] be longer than 90 days.

“It’s a point where it could be possible to find an opt-out or more flexibility in the negotiation that is under way, but I must say that our British friends have rather little appetite for negotiating on this point in the agreement.

“So there will be at least this security of the 90 days. Perhaps it will be possible for us to go further in the agreement, but it’s a point that’s still under discussion today and that’s advancing in a not-very satisfying direction at the moment.

“We could see afterwards, depending on our relations with the UK, what happens moving forward. Perhaps we could take some national measures, it’s a possibility, but in any case there is this basis of 90 days without a visa, that is guaranteed.

“While waiting for another solution it’s perfectly possible to ask for a temporary long-stay visa for stays longer than three months, though it’s more cumbersome. We aim to make things as simple as possible.”

The Connexion has asked Number 10 Downing Street if they wish to comment on why they did not press for more flexibility on this point.