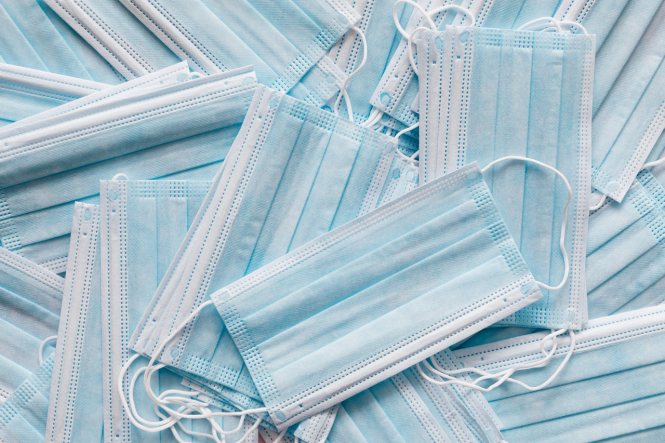 Consumer association UFC Que Choisir has called for masks to be provided free, especially in areas where they are mandatory
By Connexion journalist

President of UFC Que Choisir Alain Bazot has called for masks to be made free and provided by public services, especially for places in which wearing a mask is now mandatory, such as on public transport and in some enclosed public spaces.

He told news service FranceInfo: “[We find it] wrong that a product required by everyone for the sake of public health should be bound by a free market, competitive system. As far as I know, when we made vaccinations mandatory, the cost was not passed on to families.”

The association is arguing that masks should be provided free in all areas that require them, such as public transport and in schools, because it is "an issue of access to public services for all".

Mr Bazot has said that it is not enough to offer masks to some disadvantaged families and individuals.

He said: “This targets fragile people, but there is a whole category of less well off people for whom €200 is completely unbearable.

“These very, very complicated rules leave a certain number of people, citizens, at the side, who risk a fine of €135 because they do not have the means to have a mask on permanently.”

Mr Bazot said that this meant that people of less means would take additional risks, such as not buying enough masks, making one mask last all day, or several days.

The association president has also said that it is unacceptable that masks should “become a business”.

He said: “We do not have enough rules around this. I am asking for transparency on the business margins made. The cap on price is 95 centimes [but] the margins made on masks are mind-blowing. People are making a business out of it when this is a public health issue.”

The calls come as new analysis shows that masks are now mandatory outdoors - either totally or partially in some areas - in more than a third of towns in France.

They are especially necessary in large towns and in areas popular with tourists, as well as on public transport.

From September, they will also be required in workplaces.

Read more: Masks at work mandatory in France from September

Wearing a mask outside is now required in around 12,300 communes in 88 departments nationwide.

They are required specifically at open-air markets and outdoor events, such as car boot sales, for 21.8 million people.

They are required more broadly, in some "parts of a municipality", by 15.7 million people.

A total of 745,981 people are living in places that require masks everywhere outside, figures compiled by newspaper Le Monde show.

For example, it is now mandatory to “go outside covered” in the city centres of Lille (Nord), Nice (Alpes-Maritimes), Tours (Indre-et-Loire), Biarritz (Pyrénées-Atlantiques) and Annecy (Haute-Savoie), as well as highly visited places such as Mont-Saint-Michel (Manche) or Bréhat (Côtes-d'Armor).

Since August 10, masks have also been compulsory in "certain crowded areas" of Paris, mainly in the most-frequented areas of the capital.

And, on Wednesday August 19, the prefect of the Haute-Garonne department announced that masks would become compulsory for the whole city of Toulouse from tomorrow (Friday August 21).

In some places, masks are still only necessary for high-traffic areas such as by the sea, on beaches, in outside markets, or in busy night time streets.

In the department of Mayenne, which has seen a spike in cases, masks are mandatory in 69 communes.

Le Monde has compiled a list of the rules across different regions and towns, and put it together as an interactive table. (It warns that the list is “not exhaustive” and “may change over time”.)

Click the table below to see more and to search for your area (in French).