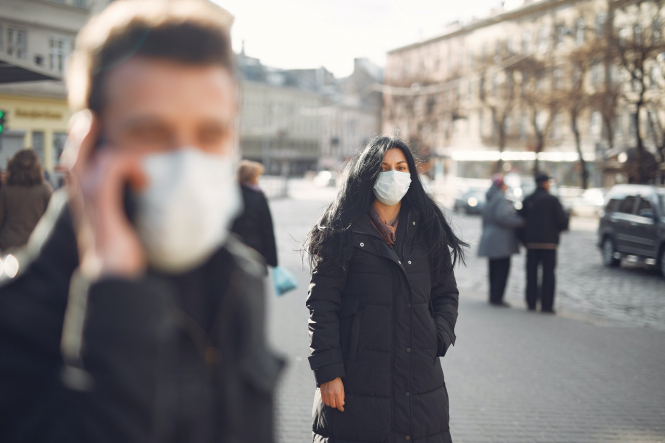 President Macron has reminded people of the need to wear masks all the time, as Covid-19 cases continue to rise in France
By Connexion journalist

In its latest update on Thursday August 6, health body Santé Publique France (SPF) said that for the week of July 27 to August 2, 7,565 people tested positive for the virus, a 33% increase on the week before (5,695 cases). The week before had itself seen a 56% rise compared to the week before that.

SPF said: “This rise is higher than the rise in the number of patients tested.”

The daily reports from health authority la Direction Générale de la Santé appear to confirm the SPF numbers. It said there had been 1,604 new confirmed cases in the past 24 hours, compared to 1,695 the day before. Cases have been higher than 1,000 per day since the end of July.

There have been 609 clusters reported in France - of which 94% are on the mainland - and of which more than half are now under control. Official figures show that on August 4, the number of clusters appeared to be rising, with 91 more reported between July 27 and August 2.

However, the number of positive cases per cluster is dropping.

The number of people in intensive care - a figure seen as a clear sign of how far the virus is spreading and the impact it is having on healthcare services - is on the rise, but slowly, up to 390 - an increase of six in 24 hours.

Of these, 69% of people in intensive care are based in Ile-de-France, Provence-Alpes-Côte d’Azur, Hauts-de-France, and French Guiana.

France now has 30,312 deaths in total - seven more in 24 hours - including 19,806 total in hospitals, and 10,806 in care homes and other similar establishments. This number is set to be updated again on Tuesday August 11.

‘Not immune to uncontrolled resurgence’

The new figures have prompted government scientific council Le Conseil Scientifique to issue a statement saying that France is “not immune to an uncontrolled resurgence of the epidemic”. It urged the public to continue to respect barrier methods and hygiene recommendations.

President Emmanuel Macron has also spoken on the issue. From Beirut, he said: “I recommend the utmost alert. [People] should be systematically masked in an enclosed space [and] when we cannot keep safe distances, [we should] put on a mask...We must get into the habit of wearing a mask.”

He said that he was keeping alert to the situation, with the help of “our scientists, members of the government, and our healthcare workers”.

The warnings come just days after president of the Fédération des Médecins de France, Dr Jean-Paul Hamon, dismissed the notion of a second wave, saying the virus never went away in the first place.

He told Connexion: "The first wave never ended. There was a decrease in circulation of the virus with the confinement, but the virus has always been present."

A new UK quarantine for travellers from France?

The level of infections in France has now overtaken that in Portugal, and some countries are monitoring the cases closely.

Norway has re-imposed a quarantine on people arriving from France, and there are suggestions that the UK may do the same, as it is updating its "green" travel exemption list regularly as case numbers fluctuate - including recently removing Belgium, Andorra and Bahamas; but adding Malaysia and Brunei.

At the time of writing however, there have been no definite announcements regarding quarantines or lockdowns in France, or for travellers from the country.