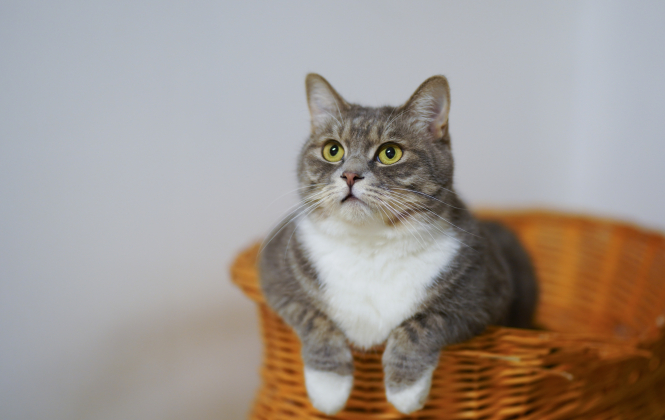 Cats cause at least 25% of bird deaths in the countryside, bird protection society the LPO has said.
By Hannah Thompson

Cats have escaped an official classification as “harmful” to the environment in France, after a proposed amendment to consider them dangerous predators was thrown out by the Assemblée Nationale.

Bouches-du-Rhône MP François-Michel Lambert, of the Liberté et Territoires party, made the proposal to help “fight against the disappearance of some species”, and said that “cats should be part of the [group] of species eligible to be classified as ‘harmful’.”

The proposal was also signed by the MPs Florence Dumas and Martine Wonner, but the latter two retracted their names from the bill after it emerged it would not be up for debate in the Assemblée Nationale.

The amendment had been scheduled to be debated this week (Thursday October 8), but it was thrown out due to a “procedure problem”.

‘Race against the clock’ to save species

Mr Lambert has defended the amendment since, telling news site HuffPost that it is a “race against the clock” to defend the initiative, and that cats are very dangerous to certain animals, to which they are a predator.

He said: “Each day that passes, we risk - in the Marcel Pagnol hills - the end of a species. An endemic lizard is maybe less sexy than a cat, but it could disappear tomorrow, or within five years, if we do not take the right decisions [to protect it].

“In these hills...we see cats that are superpredators, that get rid of everything, we can’t do anything about it. They are protected, and that’s nice, but for these [other] species, within 20 years, their stories could be nothing but paper and memories.”

Mr Lambert did admit to adding the signatures of Ms Dumas and Ms Wonner on the amendment “in error”.

The two MPs sought to distance themselves from the amendment after it emerged that it was allegedly supported by Willy Schraen, the controversial president of hunting group, la Fédération nationale des chasseurs. The accusation was brought by animal welfare association, la Fondation Bardot.

Mr Schraen has himself, separately, suggested that cats are a “danger” to nature, are a “real problem for biodiversity”, and should be caught if they are found more than 300 metres away from people’s homes.

But Mr Lambert has denied all links to Mr Schraen. He said: “This is not about hunting. This is sad, people should be honest. I have only met Mr Schraen once maybe two or three years ago, and I have no relationship with him; I am not sure if he knows that I exist.”

Cats have previously been considered damaging to the environment, especially as they become more popular as house pets.

According to a study by mammal protection society la Société Française pour l’Etude et la Protection des Mammifères, “mortality due to predatory behaviour of cats in garden birds has risen by at least 50% between 2000 and 2015”.

And bird protection group la Ligue de Protection des Oiseaux (LPO) has said that cats are estimated to be responsible for at least 25% of bird deaths in the countryside.

However, the LPO has suggested that other methods to limit their predatory nature exist, without requiring them to be classified as a “harmful” animal. Anne-Laure Dugué, manager of the LPO’s “Oiseaux en Détresse” (Birds in Distress) scheme, has said that sterilisation of house cats is one such method, as is keeping them closer to their homes and gardens, and stopping them from venturing too far.

But Mr Lambert has said that he may seek to bring the amendment to the Assemblée Nationale again, and did not rule out other means of debating the issue.

He said: “If there is another way of doing so other than via an administrative battle, I will support it.”

Cat owners in France risk €135 fine if pet not chipped