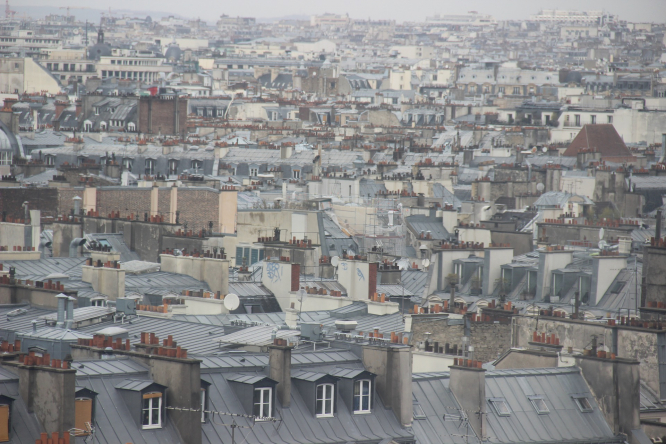 Despite efforts by tech giants to block conspiracy sites, QAnon is 'still generating a lot of engagement online'
By Connexion journalist

France has a long history of conspiracy theories but the arrival in Europe of QAnon has raised concerns that the US import could undermine next year’s presidential elections.

Journalist Chine Labbe said: “With 14 months to go before the election, it is worrying because the longer you confront people with false information, the more likely they are to believe it.”

Ms Labbe is Europe editor of NewsGuard, a website that rates news sites according to their trustworthiness and which published a report on the rise of the QAnon movement in Europe.

Its bizarre and baseless conspiracy theory, some of whose adherents were in the mob that stormed the US Capitol in January, claims a Satanworshipping, paedophile elite “deep state” plotted against Donald Trump when he was president.

The movement has kept a relatively low profile since Trump’s election defeat, but has been spreading since last summer in Europe, where it has been adopted by anti-establishment types who distrust government and the media.

“We are seeing the same sort of narrative in Europe that we saw in the United States,” said Ms Labbe.

French-language videos promoting QAnon on YouTube were watched by 150,000 people in France, and its main Facebook group here had 30,000 members before it was shut down in October.

Despite efforts by tech giants to block conspiracy sites, “the movement is still generating a lot of engagement online” and is adept at finding new ways to push its message, said Ms Labbe.

France is particularly fertile terrain for QAnon, as surveys have repeatedly shown its citizens are prone to believing wild theories that have little or no basis in fact. The Covid-19 pandemic has been a boon to conspiracy theorists everywhere. In France, one of the most vaccine-sceptical countries in the world, a recent survey showed just 43% of 25-34 year olds in France would be willing to be vaccinated when it becomes available to that age group.

Hold-Up, a film of pandemic conspiracy theories that attacked vaccines, pharmaceutical firms and medical institutions, was watched online by millions of French people in November.

Its claims were debunked by a range of media fact-checking groups but its popularity suggests that it will be an uphill struggle to fight the likes of QAnon in France.

Some political commentators, such as Philippe Braud, a sociologist at the CEVIPOF political research centre at Sciences Po University in Paris, do not see QAnon as much of a threat.

However, the arrival of QAnon and similar in France was judged sufficiently “worrying” by Citizenship Minister Marlène Schiappa that she recently set up an official inquiry to gauge the potential threat of such groups.

It is not clear who might benefit from QAnon’s disruptive influence in next year’s elections, which are expected to see a second-round run-off between President Macron and far-right leader Marine le Pen.

The movement started on the far-right corners of the internet but has since attracted followers with a wide range of political views.

Le Pen likes to argue that she is anti-elite and plays on distrust in the government, but she has also by now become part of the political establishment, said Ms Labbe.

President Macron speaks out against US Capitol invasion