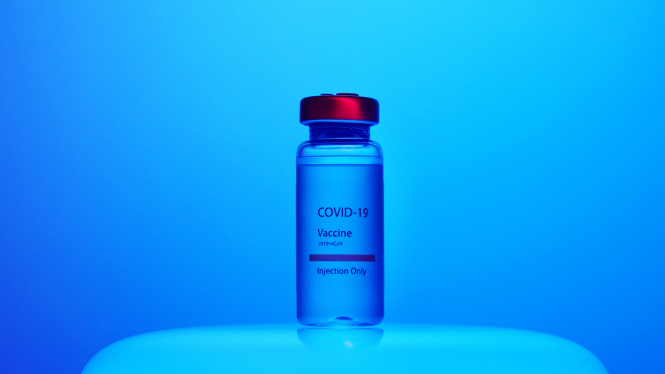 Placing restrictions on movement for people who do not get the Covid-19 vaccine is legally possible, but highly complicated
By Joanna York

As France rolls out the Covid-19 vaccine, experts are debating how the health treatment may interact with legal rights for people in France.

While French politicians have maintained that vaccination would only be done on a voluntary basis - rather than being obligatory - debates over introducing a “vaccine passport” have taken place in parliament.

The passport could allow people who have had the vaccine greater access to places such as public spaces and overseas travel – a concept supported by leaders in the French airline industry.

This comes as the government put forward a new law for health emergencies at the end of December 2020, including a proposal to “make movement conditional” on “the presentation of [negative] test results or following a preventative treatment, including the administration of a vaccine”.

Parliamentary discussions on the law have since been postponed, with critics saying introducing it would make the vaccine obligatory in France by default.

But is it legal to restrict access to places based on vaccinations and test results, or an infringement of basic rights? We explain.

Can places in France restrict access to people without the Covid-19 vaccine by law?

Current law states this is only possible on public transport.

Professor of public law at the University of Toulouse, Xavier Bioy, told news source FranceInfo: “In the context of a health crisis, the health code says that the prime minister can regulate access to public transport. For other places, there is nothing specified in current law.”

As such, introducing a vaccine passport would entail the creation of a new law. But experts say doing so would not necessarily contradict rights in France. Nicholas Hervieu, legal practitioner and teacher at Sciences Po, said: “The principle of making access to certain services or places conditional on the fact of being vaccinated is legally possible.”

Would requiring a vaccine for entry restrict freedoms in an illegal way?

According to Mr Hervieu, it is legally possible that rules similar to those already in place could be introduced for the Covid vaccine, but they would have to come with significant additional health guarantees. He said: “We have all been subjected to massive restrictions on our liberty linked to the epidemic in recent months, but [an obligation of this sort] would be the first to affect us physically, as it would indirectly force people to get vaccinated. As such, guarantees must be much stricter.”

In addition, the prospect of such rules raises questions about equality of access to the vaccine. Current government strategy has put those most at risk at the front of the queue for vaccination, with vaccines for the wider public available by appointment soon.

But, Professor of public law at Grenoble-Alpes University, Serge Slama, said that before any restrictions can be enforced "the vaccine must be realistically accessible to everyone. While that is not the case, public powers cannot decide on a return to normal life for those who have been vaccinated, while other people are deprived of group activities, put under curfew or in confinement".

The government would also have to create an exemption system for those who cannot get the vaccine for health reasons. Professor Bioy said: “On principle, you cannot refuse someone access to a service either on health grounds or because they are disabled.”

Which places could refuse access to people without the vaccine?

Another complicating factor: the government would have to specify a list of places in which proof of vaccination could be demanded to allow entry. This means difficult decisions over whether cultural spaces, administrative offices, essential and non-essential shops and other places should be included or excluded from the list.

For Mr Hervieu, the concept of regulating access to essential shops is “impossible”. He said: “It would ban people from accessing fundamental needs because they were not vaccinated. In doing so, you would oblige them to get vaccinated.”

However, this would directly oppose the government’s stance against obligatory vaccination.

This contradiction has been recognised by France’s legal advisory body, le Conseil d’Etat. In response to the proposed new law for health emergencies, the council wrote: “While not in itself comparable to obligatory heath care, such a measure could have equivalent effects, and justifies a strict preliminary investigation into the necessity and proportionality in terms of the principle and how it would be applied.”

Who could ask for proof of vaccination?

A final complication is how proof of vaccination would be verified, and who would have the right to do so. Mr Hervieu said: “How can you concretely prove that someone has been vaccinated and who would carry out checks?”

“This touches on personal health data, which is particularly protected. It puts forward the question of whether any shopkeeper could interfere in one’s personal life in order to determine if you are vaccinated or not, and if not, what the reason is.”

This could lead to potential discrimination against those forced to declare health issues or disabilities against their will. “It’s a legal minefield,” Mr Hervieu said. “And very dangerous.”

France to keep list of people who have Covid vaccination