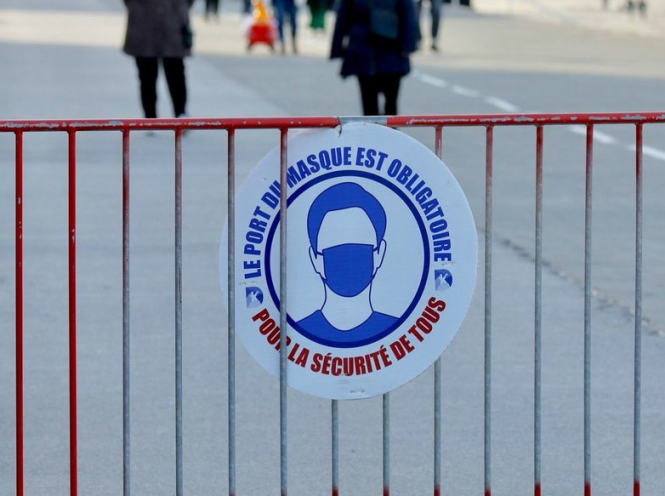 *LATEST 14:00 March 10: The weekend lockdown that applies to communes along the Alpes-Maritimes coast will be continued for this weekend coming (March 13 and 14), government spokesperson Gabriel Attal announced early this afternoon. He said an update would be given next week reviewing when the measure may be lifted.

The weekend lockdown in Dunkirk (Nord) and its surrounding area will be extended for three more weeks until March 28, the prefecture announced yesterday (March 9).

This brings it in line with the department of Pas-de-Calais, which will also have weekend lockdowns until March 28.

No decision has yet been made for if the weekend lockdown in the Alpes-Maritimes, which affects only the communes closest to the coast, will be extended. It was initially established for two weeks to include the weekends of February 27 and 28 and March 6 and 7.

Which communes around Nice are affected by weekend lockdown?

Christian Estrosi, the mayor of the department’s capital Nice, has said he is against prolonging the weekend lockdown.

A decision will be made on a national level.

A government meeting presided over by President Emmanuel Macron and involving several top ministers is set to take place this morning to discuss the Covid-19 situation.

There are 23 departments currently being monitored with a view to tightening Covid-related measures if necessary.

See our map of the 23 departments here.

Any decision made by the government during the meeting today will be announced at a weekly televised press conference on the Covid-19 pandemic on Thursday evening.

Local weekend lockdowns in France: Where, why and the rules

Are the weekend lockdowns working?

Coastal communes in the department, where 95% of the population live, have been under lockdown for the past two weekends.

The rate of positive tests - the percentage of reported positive tests out of all the Covid tests taken - has dropped from above 10% to 9.9%. The national average is 7.26%.

The number of daily reported Covid-19 cases has also dropped from over 1000 to 741, as shown in the graph below.

However, the number of people in intensive care wards due to Covid-19 has continued to rise steadily and currently 134% of the beds present before the pandemic are occupied.

Nice Mayor Mr Estrosi said on Monday in an interview with local newspaper Nice Matin that the figures available to him do not “justify a third weekend of confinement”.

The city of Dunkirk and the Community of Communes of Hauts de Flandre have, like certain Alpes-Maritimes’ communes, been under lockdown for the previous two weekends.

The rules are set to remain in place until March 28.

The incidence rate in Dunkirk has dropped quickly but remains very high. It is now 785, compared to the previous figures which showed it was over 1,000.

These figures are still far higher than the national averages.

This department has only had one weekend of lockdown rules and still has at least three more to go.

The incidence rate - the number of people who test positive for Covid-19 per 100,000 people - is 407. The rate of positive tests - the percentage of reported positive tests out of all the Covid tests taken - is 10.1%.

The number of people in intensive care wards due to Covid-19 has begun to drop in the past week but still 142% of the beds present before the pandemic are occupied.