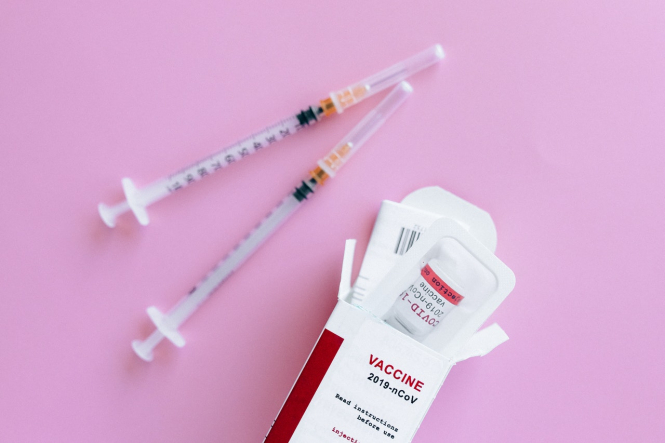 Wait times for vaccination appointments for eligible members of the public are now at 2 months in some areas, as a million appointments have been made nationwide
By Hannah Thompson

People trying to book a Covid-19 vaccination appointment in France could have to wait up to two months for the next available slot, as many departments have become overloaded with bookings.

More than a million appointments have now been booked in two days.

From today, people over 75 not resident in care homes, and those with high-risk conditions, are eligible to have a vaccination. Booking for these groups opened at the end of last week.

Read more: Online vaccine reservations open for those aged 75 and over

Appointments at one of the 833 vaccination centres nationwide can be made via telephone or online at the website sante.fr - but some centres are now starting to report that their appointment times are booked solid for up to two months, and that they are receiving thousands of calls per day.

Read more: Where can I book a vaccine appointment?

Arnaud Colier, from the mairie in Fréjus, Var, told news service BFMTV: “We are full until March 17.”

Christina Reneri, manager of the vaccination centre in the town, said: “We have received around 2,500 calls since Friday. 4,200 appointments have been taken; taking into account the first and second injections.”

Demand is also high in the Gironde.

The Centre Hospitalier Sud Gironde has said that it is full until February 12, after 1,500 appointments were booked in 24 hours. Booking for the week of February 15 is now open.

The Dordogne has reported a similar situation, with the Centre Hospitalier de Pau saying that it “can no longer offer new appointments” and will “keep people informed when the situation changes”.

The mayors of Dijon and Besançon have hit out against the backlog, saying: “At the current rate, we will need more than four and half months to vaccinate people aged 75 and over alone.”

Jacques Battistoni, president of GP union MG France told le Journal du Dimanche at the weekend that “there are not enough vaccines for everyone” and denounced the government rollout as a “false start”, saying that it had not launched a vaccination campaign, but “organised waiting queues”.

Health Minister Olivier Véran has called for “patience”, and Prime Minister Jean Castex has already said that the over 75s were never going to be vaccinated in “a few days”.

The health minister said that “more than a million vaccinations will be done” by the end of January, and between 2.4 million and 4 million by the end of February.

And in Occitanie, the regional Agence Régionale de Santé (ARS) sought to reassure people that even if it could take a while, everyone who wants to be vaccinated will be.

In a statement, it told local newspaper la Dépêche du Midi: “The appointments will not all be immediate. Vaccinations are seeing a big demand. This second phase will necessarily spread over several weeks, but all the people who have asked for a vaccine will be vaccinated.”

So far, more than 422,127 people in France have been vaccinated.

Not enough doses or GP support?

One GP in Paris has suggested to newspaper Le Figaro that the backlog in appointments has been caused because “there are not enough doses” of the vaccines, and because the government has not opened GP surgeries for vaccinations.

Dr. Agnès Giannotti, who has worked as a GP in the 18th arrondissement in Paris for 30 years, said: “The government doesn’t want to [open GP surgeries], they have centralised everything. More than two-thirds of vaccination centres are hospitals.

“And when things are centralised, there are backlogs. I understand that there are logistical constraints, but it could have been organised in a different way, because the vaccines can be kept for five days in a fridge. They say hospitals are overloaded, but then they ask them to do the vaccinations; it’s backwards.

“Let us stop doing this without GPs, who know the population, the patients, the area. Let us lean on them, instead of overlooking them constantly. We should trust GPs, not act as though they don’t exist.”

She explained that the 18th arrondissement has now opened a community hall to help deliver vaccinations, with doctors and nurses from the district vaccinating people from 8:00 to 18:00 “non-stop”.

She said: “We are very agile, when we decide to act, we can do things within half an hour, without needing 40 stamps on bits of paper. Throughout the epidemic, we have acted fast. In April, when hospitals were overloaded, we organised ways to check on people coming out of hospital.

“The hospitals may not have sent us [many] patients, but we were ready. In September, when labs were overloaded, we organised PCR tests. Now, we are ready to vaccinate our patients.”

Dr Giannotti also said that the backlog was being caused by a lack of vaccine doses.

She said: “That’s the problem. At the beginning, the ARS promised us 400 doses, then 300, and then it went back up to 600. Sharing with the hospital has improved a bit after we protested. But it is not enough to cover a population of 13,500 people aged 75 and over, in the arrondissement, plus healthcare staff, or vulnerable people with at-risk conditions, who have problems with at least two major organs...it’s too vague.

“It will be difficult to manage. People will be furious if we tell them no. The problem is that there are not enough doses. We will not even manage to vaccinate the first round by the end of February.

But, she said: “The quantities ordered no longer match up.”

Recent polls have found that demand for the vaccine is indeed on the rise in France - a country that had previously been the most vaccine-sceptic in Europe.

A new poll this weekend, by Ifop for newspaper Le Parisien, found that the number of people in France who would seek to get a vaccine was at 54% - a rise of 15 percentage points than the results of a similar poll in December last year.

Over 1 million Covid jabs booked in France in one day

Which high-risk people can be vaccinated Monday in France?