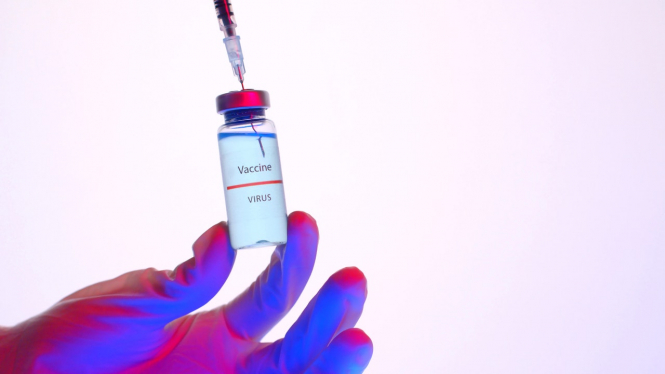 More people are in favour of the Covid vaccine in France, as support for vaccination passports is also relatively high
By Hannah Thompson

Just over half (52%) would welcome the idea for public transport use.

The Ifop poll was published in newspaper Le Parisien yesterday, and conducted online on a nationally-representative sample of the public in France.

It is suggested that "vaccination passports" would prove that the individual has been vaccinated against Covid-19.

Airline companies in particular have come out in support of the idea for passengers.

Yet, the same survey found that just 50% of people would support making vaccination mandatory for school pupils, older students, and teachers in collèges and lycées.

Similarly, just half support the idea of needing a vaccination passport to access “public leisure spaces” such as cinemas, concert halls or theatres; or for workers who cannot work from home.

And only 45% would support the introduction of vaccination passports for access to shops or supermarkets, the poll found.

So far, the French government has said it is unlikely to introduce vaccination passports at this time.

Junior European Affairs Minister Clément Beaune has told news service FranceInfo that he is not in favour of the idea.

He said: "This debate is not happening today. It would be shocking to say, as we are starting vaccination campaigns across Europe, that there would be a passport giving more rights to some than others.

"That is not our idea of 'protection' or what we mean by giving access to the vaccine."

It comes as the same Ifop survey suggested that the percentage of people in France who are keen to get a vaccine is on the rise, with 54% of people now prepared to have the vaccine when it becomes available to them.

This is a rise of 15 percentage points since December 2020, Le Parisien said.

France has to date shown the lowest level of support for the Covid-19 vaccination in Europe and beyond. In November 2020, an Ifop survey found that 59% of the French public did “not have the intention to get a vaccination when it becomes possible”.

In the same month, an Ipsos poll - of a nationally-representative sample of 1,500 members of the French public - found that this put France last out of 15 countries in terms of trust in vaccines, trailing behind the UK (79%), Germany (69%), and Italy (65%).

Read more: Why are many French people still anti-vax?

A manager at Ifop has suggested that this recent change is due to a “relief at the [arrival of the] vaccine after an initial period of waiting, during which the first injections proved to be harmless".

Some have even suggested that France’s slow vaccination rollout - for which it has received fierce criticism - could have been a deliberate ploy to increase support and anticipation for the vaccine among a previously-reticent public.

Journalist and author Sophie Pedder - who is Paris Bureau Chief at The Economist - tweeted: “...You can’t help wondering whether it was all a giant ruse to create pent-up demand in a nation of vaccine sceptics. Even if inadvertent, that wouldn’t be a bad outcome.”

In a further tweet, she highlighted the increased support for the vaccine, and added: “[Whether] deliberate strategy or inadvertently fortuitous result of poor planning, this is good news.”

...which makes this poll particularly interesting: the share of the French saying that they will get vaccinated went up from 45% on Dec 9 to 54% on Jan 7. Deliberate strategy or inadvertently fortuitous result of poor planning, this is good news pic.twitter.com/kowBR388TU