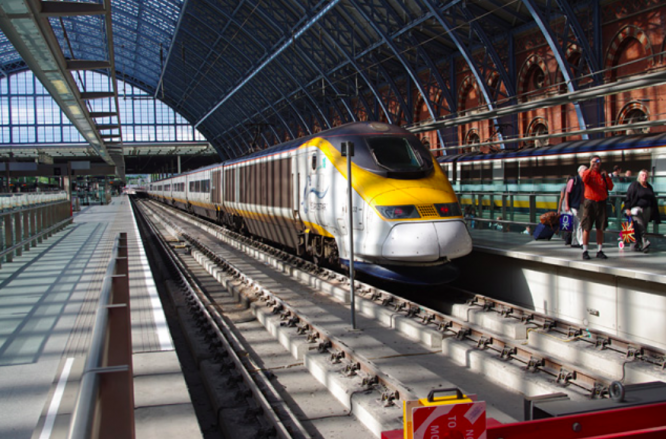 Eurostar is calling for financial aid from the UK government to save the future of the company.

The train operator, which connects the UK to France and other European countries, has struggled during the Covid-19 health pandemic as international travel has been severely reduced.

In November it reported a 95% drop in passenger numbers on Eurostar since March. Only one return service per day is currently running between Paris and London, compared with the two trains an hour that the company ran during peak travel times before the health crisis.

The company said in a statement yesterday: “Without additional funding from the government there is a real risk to the survival of Eurostar - the green gateway to Europe - as the current situation is very serious.

“We are encouraged by the government-backed loans that have been awarded to airlines, and would once again ask that this kind of support be extended to international high-speed rail.”

Pressure group London First signed a letter to UK Chancellor Rishi Sunak in support of Eurostar’s plea for funding, with 25 signatures from university and business leaders.

It said that while the UK government has given financial aid to airlines and domestic railways during the pandemic, Eurostar had “fallen between the cracks of support”.

Christophe Fanichet, head of SNCF Voyagers, said part of the problem was that in France, Eurostar is seen as a UK-based business and in the UK, it is seen as a French business - adding that the company was in a “very critical situation”.

But the UK government sold its stake in Eurostar in 2015, while French national train operator SNCF still owns 55%, and the Belgian national rail service 5%.

It comes as the spread of the UK Covid variant has made travel restrictions between France and the UK even tighter. Travellers from the UK must now present a negative Covid test before entering France, followed by a seven-day quarantine and a second PCR test.

The UK has also updated its quarantine rules to specify that all travellers to the UK must have a negative Covid test prior to arrival, then quarantine for 10 days unless they test negative in a second test taken five days after they arrive.

Covid19: When will Britons be allowed to visit France again?