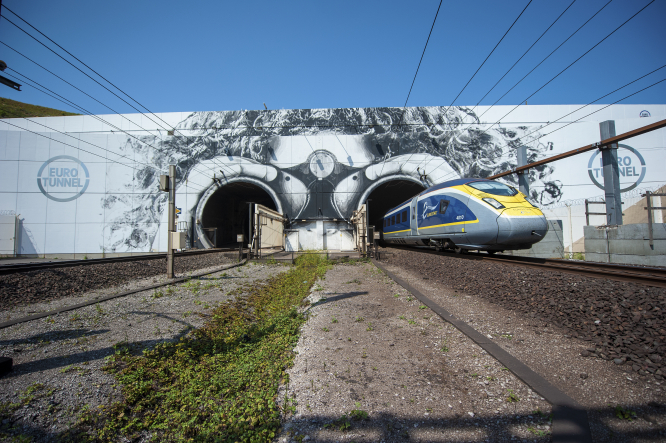 The number of passenger cars passing through the tunnel this September is down 46% from last year.
By Connexion journalist

Getlink, which owns the Eurotunnel Le Shuttle and four other companies, has since Monday (October 5) placed all of its staff on reduced working hours. This means they will work four days out of five, French TV channel BFM TV reported.

Getlink is compensating for lost wages up to 90%, radio station France Bleu reported.

Of the 3,500 staff, 2,700 are Eurotunnel employees, with the company badly affected by the Covid-19 pandemic and the UK’s decision to impose quarantine measures on people arriving in the country from France.

"Passenger transport is not zero, as quarantine is only imposed on certain EU countries. Passengers from some countries continue to use the tunnel," including Germans and Belgians," a spokesperson for the company told French news agency AFP.

Freight traffic on the other hand "is doing well", Getlink stated, which recorded a 2% increase in the number of lorries transported compared to last year.

Train company Eurostar has also been severely affected by the UK-France quarantine, the majority-French owned firm has said, with fewer than 20% of usual London-Europe services running and “almost no passengers”.

Ferry company Brittany Ferries, which carries passengers between the UK and France, has been affected too.

The company had to cut certain routes in August, affecting 50,000 passengers.

Brittany Ferries safe, for the next year at least