Five travel updates for journeys to, from and around France 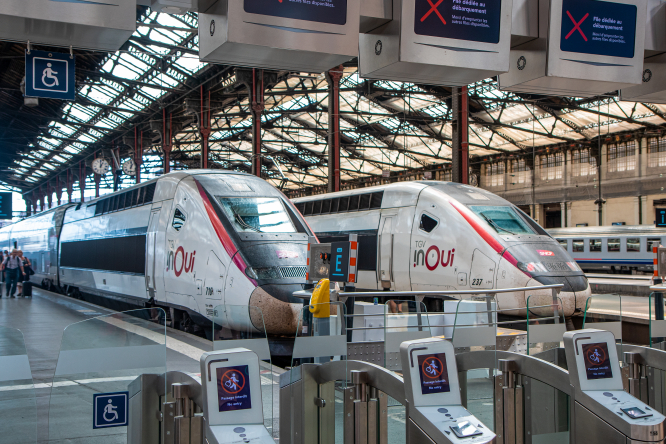 With the arrival of October, train and air operators serving France and the rest of Europe have revealed their winter schedule routes and prices, while considering their offering for summer 2022 and beyond.

Winter holidaymakers in France are now able to buy train tickets for Christmas trips, as SNCF opens bookings for December and January.

TGV Inoui and Intercités journeys can be reserved up to January 2, 2022, while customers can buy Ouigo tickets for any date up to July 1, 2022.

A recent SNCF study suggested that 65% of people in France who will be going away for Christmas are already planning their winter breaks and around 43% of these people expect to travel by train.

As holidaymakers begin to organise Christmas getaways, SNCF is once again promoting its carte Avantage, which enables customers to buy tickets at capped prices including at the last minute.

For example, a journey from Paris to Rennes would cost a maximum of €39, while Paris to Lyon or Paris to Bordeaux would cost €59.

This autumn also sees the launch of a new entertainment offer on TGV Inoui trains that will allow passengers to access content such as films, news, games and podcasts free of charge after connecting to the onboard WiFi. It is provided by digital services provider Moment.

The ‘Green Speed’ merger, which was first announced in 2019 but delayed by the Covid pandemic, aims to create a “homogeneous system of distribution,” that will make services linking the UK, France, Belgium and the Netherlands smoother.

All Thalys trains will gradually be rebranded as Eurostar over the next few years.

The Green Speed project aims to provide an attractive alternative to air travel, and to be transporting 30 million passengers a year by 2030.

The merger will connect up a huge international rail network, hopefully making ticketing easier and making a larger range of destinations more easily accessible for travellers.

Customers should be able to use one ticket to journey to any destination across the whole network, and it is hoped that the merger will help to make connections more seamless.

However, some members of the rail industry, including Allrail, representing independent passenger rail companies, are concerned that the monopoly created by the merger will stifle competition, “harm consumers” and “reduce service quality.”

Transavia, the low-cost carrier of the Air France-KLM group, will also increase the number of flights offered towards Portugal, Greece, Italy, Tunisia and Spain next summer. There will be 22 France-Spain routes available – two of them new.

In addition, it is extending seven of its winter routes from Orly into next summer. These are Rome, Krakov, Berlin, Stockholm, Amman, and Montpellier from where passengers can continue on to Oujda, Morocco.

From Paris, passengers can still travel to Brest, Biarritz, Montpellier and Toulon, while from Nantes they can reach seven destinations in the south of France and Corsica.

BA transferred its Gatwick short haul routes to Heathrow at the beginning of the Covid pandemic in March 2020, but was expected to restart its Gatwick services for summer 2022.

Now British Airways will continue to operate short haul routes to destinations including Bordeaux from Heathrow rather than Gatwick, until at least October 30, 2022.

The flights will still operate under their Gatwick flight numbers, beginning with a 2.

However, not all services have been automatically moved over to Heathrow, so some passengers may have their bookings transferred onto alternative flights if possible.

BA had opened talks for the development of a subsidiary short haul operator at Gatwick, but then announced that the only European routes it would pursue from the airport would be to Glasgow and Manchester.

However, discussions have reopened so short haul flights from Gatwick to destinations including France could still restart.

Air France has taken delivery of its first Airbus A220 aircraft, which it will begin flying with the start of its winter schedule on October 31.

The Airbus A220 is the most efficient single-aisle plane in its class, producing 20% less CO2 than other aircraft.

“This new aircraft with an unparalleled energy performance represents a major asset for Air France,” said Air France-KLM CEO Benjamin Smith. “To date, fleet renewal is the main source of reducing CO2 emissions, and this is why we are continuing to invest in latest-generation aircraft.”

Air France joins many other airlines from around the world in adopting the Airbus A220, and with its 60-aircraft order, it is set to become the largest operator of the model in Europe.

The A220 has a narrower body than many planes currently in circulation, with a 2-3 seating layout and 148 seats. Passengers can charge their phones and use in-flight WiFi while onboard.

Air France’s A220s will initially be used for European flights to destinations such as Berlin, Barcelona and Madrid.

The first plane was delivered from its final assembly line in Quebec, Canada, and officially unveiled at Paris Charles-de-Gaulle Airport.