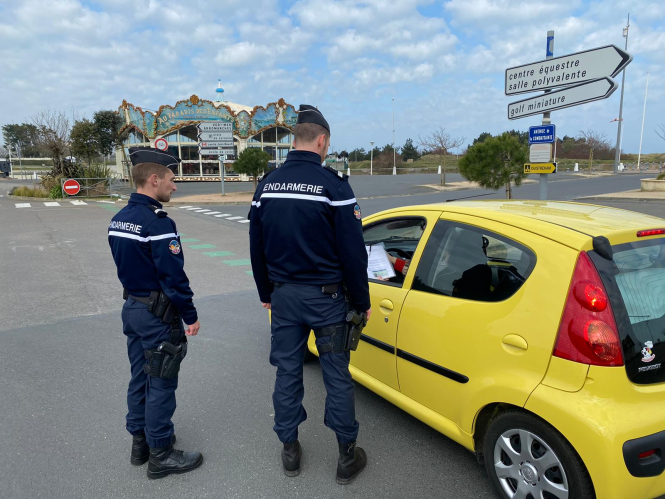 He said there had been 200,000 checks, and 950 fines issued to drivers attempting to travel further than the 100km limit imposed by the rules of deconfinement.

Since May 11 - the start of deconfinement in France - the public has been free to travel anywhere within 100km (as the crow flies) from their home, without a travel form. Travel beyond this distance must only be done for an “imperative family or professional reason”, and requires a new attestation form.

Mr Djebbari said: “There will be a strong law enforcement presence; not to annoy the public, but to ensure that people are respecting this rule, which will allow us to avoid the spread of the virus during this fragile health period.”

He also reminded the public that deconfinement will continue in stages, as the summer holidays approach.

He said: “At the end of May, we will have an important meeting to look ahead to the month of June, and the reopening of new activities, and then more generally to the summer holidays, in the hope that things will continue to improve.”

The comments come as director general of health, Dr. Jérôme Salomon, warned the public to stay alert as the long weekend of Ascension (May 21) approaches.

Many people will have a four-day weekend and see it as a holiday, he said, but people must still remain cautious, and not take too many long-distance trips.

The message is similar to that of Prime Minister Edouard Philippe, who warned the public to “not leave their department” during the weekend of Ascension, as he presented his deconfinement plan on April 28.

Dr. Salomon continued: “The risk of the epidemic coming back, and the speed at which it spreads, are only linked to one thing: us. We have the power to take control of the epidemic.”

The warnings about the long weekend come as government scientific advisory council, Le Conseil Scientifique, prepares to consider if the second round of municipal elections should be allowed to take place.

Professor Franck Chauvin, president of public health council Haut Conseil de la Santé Publique, and member of Le Conseil Scientifique, said that the first round of elections in March had not played a major role in the spread of Covid-19.

Yet, Le Conseil Scientifique now plans to meet to discuss the safety of holding the second round in June, at least two weeks before the elections would be held, to take stock of the health situation.

On May 19, the council said that it was “not against” the idea of holding the elections, but that it would depend on the state of the epidemic.

Professor Chauvin said: “We still need around two weeks to allow the markers to stabilise, so that we have an idea of the virus circulation. If the virus is probably not circulating much, so much the better. But we do not want it to start up again.”

He emphasised that the council would only advise the government on the risks, and give it “the scientific arguments so that they can make the best decision”.

He said: “[Le Conseil Scientifique] will not decide the dates of the election [and] there is no miracle solution [for holding the second round].”

But he confirmed that the first round of elections, held in March, “were probably not responsible for fueling the flames of the epidemic”.

Travel between departments allowed after May 11
End of lockdown in France: travel rules
Rural France prepares for summer tourism post-Covid-19
SNCF opens bookings for summer train travel in France
France urges public to get coronavirus tests
Covid-19 France and proof of address when out
Deconfinement in France: What is allowed from May 11