France: No release from cold snap until after weekend 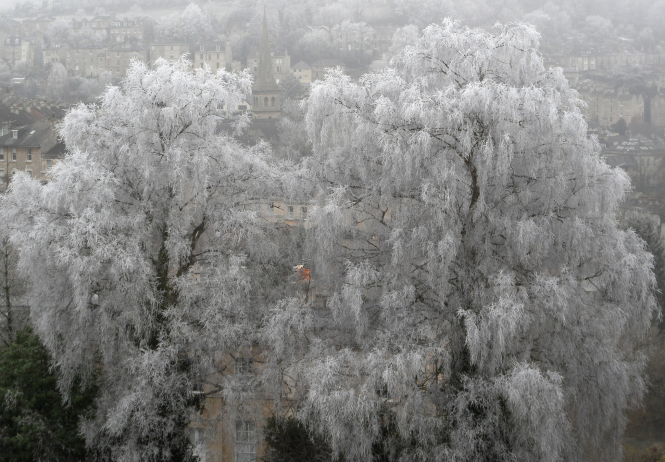 Cold weather that has gripped France this week will continue into the weekend with temperatures as much as 6C below normal for the time of year, forecasters have said.

Overnight temperatures could fall as low as -6C in central areas of the country.

It will remain dry and relatively cloudy across much of the country on Saturday, though showers are forecast in areas close to the Channel, and some snow is possible in the foothills of the Pyrenees, though the most severe falls are expected on the Spanish side of the mountain range.

Corsica, however, should brace for heavy rain and storm-force winds.

Sunday will be bright and sunny, but very cold across much of the country, though snow is possible in the far south, from the Pyrenees to the southern Alps. Heavy rain will continue in Corsica in the morning, but will ease into the afternoon.

Meanwhile, scientists warned in a study published in the Journal of Geophysical Research that a short-term phenomenon known as sudden stratospheric warming (SSW) could affect weather patterns across large parts of Europe in the weeks ahead.

The warming of the stratosphere, the layer of the atmosphere 10 to 50km above the earth’s surface, can cause the jet stream to shift, bringing lower temperatures to most of Europe and parts of north Asia.

A similar event in the high atmosphere was the catalyst for the lengthy cold period in early 2018 that was known as the 'Beast from the East'.

"While an extreme cold weather event is not a certainty, around two thirds of SSWs have a significant impact on surface weather," the study's authors said.