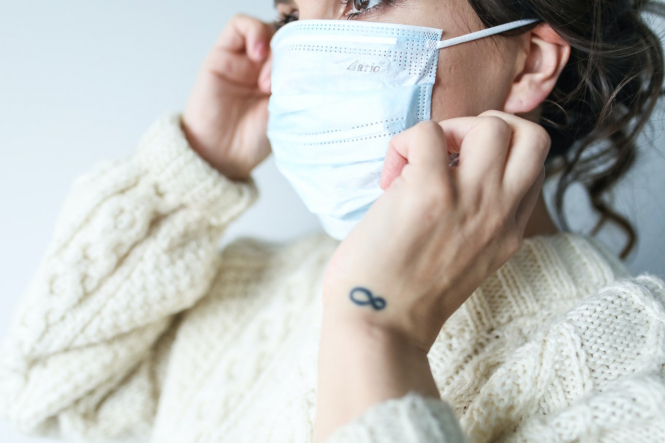 As the number of communes increases across France where wearing a mask outdoors is obligatory, so too does the number of French social media users joining anti-mask groups online.

In France, wearing a mask is mandatory in all enclosed public spaces and now too in some outdoor areas of certain communes. The rules are in place to limit the spread of Covid-19 which has caused a global pandemic and claimed the lives of over 700,000 people worldwide.

But not everyone is on board with wearing masks. One Facebook group named ‘anti mask obligatoire’ has attracted over 4,000 members since it was created on May 3 this year.

Some of the arguments put forward by the anti-mask supporters include masks causing asphyxiation, masks forcing you to breathe in your own CO2 or masks causing fungus in your bronchial tubes. The vice-president of the doctors’ union médecins généralistes de France, Jean-Christophe Calmes, has criticised this movement saying that there was a “total imbecility” on the part of some.

“If [these arguments] were true, I would be sorry to inform you of the mass deaths of all the health care workers who work every day with masks,” he told French radio station RFI.

“The composition of the air quickly balances on both sides of the mask. So there's no change in the amount of oxygen on either side of the mask."

He added that the purpose of wearing a mask is to protect others from catching the virus, and so if everyone wears a mask then they help to protect each other. This is especially important as there are growing concerns about the number of asymptomatic carriers of Covid-19.

There has been no public demonstration by anti-mask supporters in France, but in early July, a bus driver was beaten to death in Bayonne after refusing passengers because they were not wearing masks, among other reasons.

The driver, 59-year-old Philippe Monguilot, was unconscious when emergency services arrived on the scene and died several days later in hospital. Two people have been charged with attempted murder in connection with the attack.

While the movement of anti-mask supporters is growing in prevalence online, it does not reflect the views of French people in general.

The introduction of mandatory masks in many communes outdoors has widespread support from the public, a new poll has found.

The online survey by pollster YouGov was conducted on August 3 and 4, and asked a representative sample of 1,041 French people aged 18 or over their views on masks.

Almost two thirds (62%) said they were in favour of wearing a mask outside, and 84% said that they would wear one if required to do so.

One Connexion reader living in Carcassonne said that she supported wearing masks outside.

“[Masks are] not obligatory in streets in Carcassonne and not many [are] wearing them in the streets, but I think more are this week,” she wrote on a private Facebook page.

“There was a concert in the square last night which was well attended and I'm told most were wearing a mask and security personnel were asking people to. Common sense prevails.”

Another reader also said he supported wearing masks but was concerned that people were not following the rules.

“I've no problem with it if it helps. But as usual in France they have strict rules but little enforcement,” he wrote.

French towns where masks are also mandatory outside

French doctor: People should wear mask ‘all the time’

How long will free face masks be available in France?