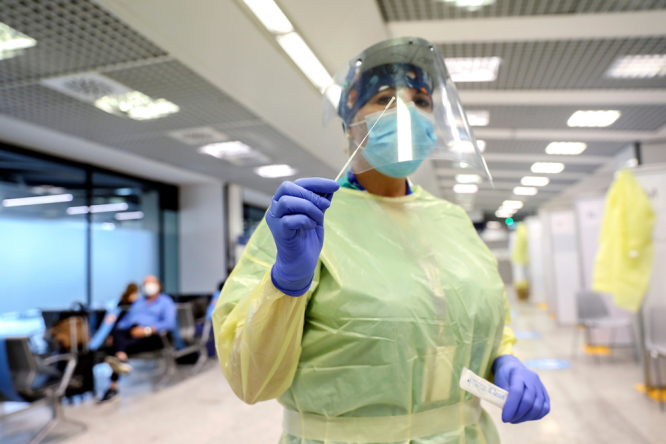 Non-fully vaccinated people arriving in France from the UK will need to provide proof of a negative Covid test taken within 24 hours of departure from July 19 Pic: Alessia Pierdomenico / Shutterstock

France has officially confirmed stricter travel measures for non-vaccinated people entering from six countries, including the UK, meaning they will have to present proof of a negative Covid-19 test taken within 24 hours of departure.

The other affected countries are Spain, Portugal, Cyprus, the Netherlands and Greece

It means that all non-vaccinated travellers entering France from these countries will need to present proof of a negative Covid-19 test (PCR or rapid antigen), taken within 24 hours of departure.

As before, unvaccinated people also have to declare an essential reason for visiting France from the UK.

The rule will come into effect from tomorrow (July 18).

The office of Prime Minister Jean Castex said that the country will strengthen controls on all air and maritime companies responsible for enforcing this measure, and that the number of random checks at land borders will be increased.

The Interior Ministry's travel rules information page has been updated to show the changes.