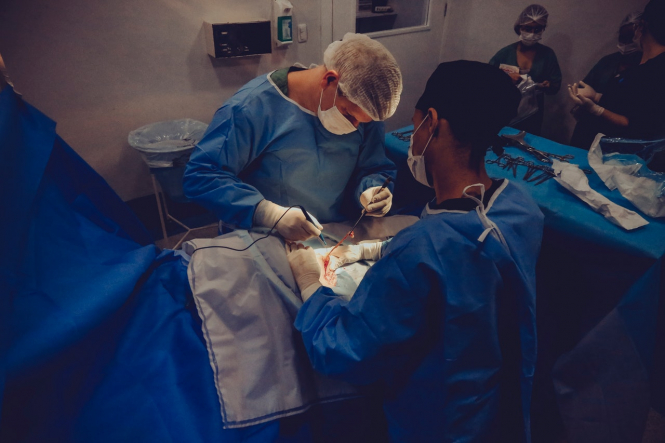 The world’s first ever double arm and shoulder transplant has been successfully completed in France, the Hospices Civils de Lyon (HCL) has confirmed.

The operation was completed on Wednesday January 13, with the patient currently doing well and in a stable condition.

The historic procedure was performed at the Edouard-Herriot hospital, and lasted 15 hours.

In a statement, a hospital spokesperson told the Agence France-Presse: “[The procedure] needed the involvement of several public and private medical teams and healthcare workers.”

The operation included teams from the Clinique du Parc (Lyon), the Hôpital Nord-Ouest (Villefranche-sur-Saône), the Jean-Mermoz private hospital (Lyon) and the Médipôle Lyon-Villeurbanne.

The statement continued: “[This is] to our knowledge a world first, as previous arm transplants have not included the shoulders.”

The patient, aged 48 and of Icelandic nationality, had had both arms amputated at age 26, after being electrocuted on a high-voltage line.

The medics included staff from Professor Jean-Michel Dubernard’s team - the surgeon who performed the first hand transplant in 1998, and another transplant of two hands and part of the forearm in 2000.

In 2017, a patient in France had their own arms “reimplanted” at the Grenoble CHU (hospital) after the limbs had been quickly refrigerated after an accident.

The first ever double-arm transplant - without shoulders - took place in Germany in July 2008, on a farmer who had lost both limbs in a work accident.