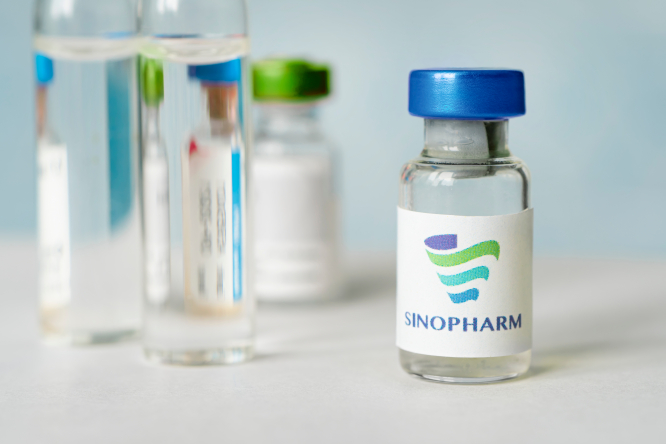 The Chinese Sinopharm and Sinovac vaccines are not recognised by the European Medicines Agency, but have been approved by the World Health Organisation Pic: diy13 / Shutterstock

People in France who have received certain Covid vaccines that are not recognised by the European Medicines Agency (EMA) will from now on be able to create a French health pass.

A decree which appeared in France’s official legal publication yesterday (September 23) has adapted the original list of accepted vaccines to include those recognised by the World Health Organisation (WHO), with immediate effect.

This comes with two conditions: “all of the required doses must have been received, and it must be seven days after the administration of a complementary dose of a messenger (mRNA) vaccine [Pfizer-BioNTech or Moderna].”

There are four vaccines currently approved by the EMA: Pfizer-BioNTech, Moderna, AstraZeneca and Janssen.

However, elsewhere in the world the WHO has accepted the use of the Chinese vaccines Sinopharm and Sinovac, as well as versions of AstraZeneca which are produced outside the EU, such as the Indian Covishield jab.

This means that people who have received the Chinese vaccines – including many people in Morocco – will now be able to use a French health pass if they get an additional dose of Pfizer or Moderna at least four weeks after their second dose.

People vaccinated with a version of AstraZeneca produced outside Europe could already access a health pass by visiting the Français de l’étranger or Touriste portals on the French Foreign Ministry website.

The Russian Sputnik V vaccine is not recognised by the EMA or the WHO at this stage.

Previously, those who were injected with a Chinese vaccine needed to have both doses of an EMA approved vaccine to be able to create a health pass.

In order to receive their third dose, the people concerned must present paper or digital proof of each of the injections that they have received abroad.

If they have only had one dose of a Chinese vaccine, they will have to have two further doses of a mRNA vaccine according to the Health Ministry’s Direction générale de la santé.

The extended list of accepted vaccines was announced on August 26, but has only come into force this week.

I was turned down for health pass as service so slow I’d left France!

French health pass and UK QR code: What to do if certificate expires