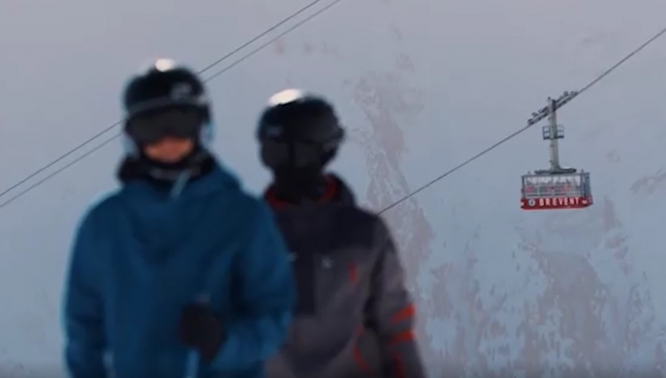 The Compagnie du Mont-Blanc has revealed its opening and operating dates for the 2020-21 season.
By Hannah Thompson

In the northern area, the domaine de Grands Montets station will open first, if snow permits. It is set to open from November 14, on weekends only, until December 4. It will then be open everyday until the end of the season.

The domaine de Houches will open on weekends from November 21, snow permitting. It will then open everyday until the end of the season, from December 5.

The Montenvers train service will be open everyday from October 17.

The full list of ski lift, cabin, tramway and train opening dates and hours can be seen on the Chamonix website here.

The dates have come soon after French mountain weather expert, Yan Giezendanner - who himself is based in the town of Chamonix - predicted that it would be “a good winter for ski stations”.

Early snowfall in the Alps and Pyrenees this year has already been termed “remarkable” by Guillaume Woznica, a forecast expert at news channel LCI. In fact, the snow was so heavy and unexpected that more than 6,000 animals became trapped in the mountains, requiring local assistance to help them descend.

The news that Eurostar had cancelled its usual twice-weekly “Ski Train” winter service from the UK to the French Alps due to Covid-19 despite the positive weather predictions was met with dismay by winter sport lovers.

Daniel Elkan, a ski journalist and founder of Snowcarbon, a website that helps skiers find train routes to ski resorts, said cancelling the route did not make sense.

A petition to ask Eurostar to reinstate the service gathered support but so far the company has suggested that coronavirus conditions mean it is unlikely to change its decision this year.