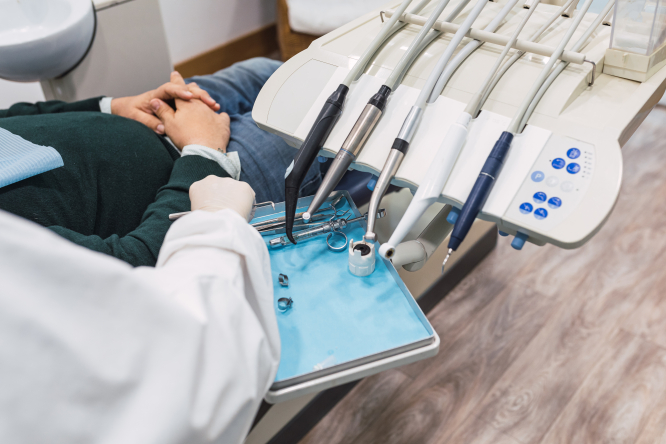 One patient claimed they had six teeth removed without anaesthesia Pic: Felix_Velez / Shutterstock

Two low-cost dental surgeries in France have been shut permanently after multiple patients filed charges against the sites, and some report being left seriously injured by procedures.

The Proxidentaire centres in Belfort and Chevigny-Saint-Sauveur (Bourgogne-Franche-Comté) were both suspended from practising in June, but have now been shut definitively.

It comes as several people connected with the centres are in police custody.

On October 7, the regional health agency (ARS) for Bourgogne-Franche-Comté said in a statement that both centres “were not able to guarantee work practices… that preserved public health”.

The centres are suspected of seriously injuring patients, failing to meet hygiene standards, and asking patients to sign legally-questionable contracts.

Among other issues, Radio France reports that some dentists were recruited in Tunisia, on contracts with clauses that lawyers say are unlikely to be legal in France. They included an obligation to work for Proxidentaire for five years on pain of a €100,000 penalty, as well as making family members of the dentists liable to a €50,000 guarantor’s fee.

In an investigation, the results of which were published on October 1, France Inter spoke to a 53-year-old patient who underwent treatment at the Chevigny-Saint-Sauveur centre in November 2020 to get dentures fitted.

After spending €3,400, the man claims to have been given a treatment that left him “with the dentures sticking out of my mouth”, adding “each time I closed my mouth I bit my lip and it bled all over the place”.

Another client claimed a dentist removed six teeth instead of three, all without anaesthesia. Another claimed that they had been left unable to eat any normal hard food.

The ARS said it has received 620 telephone calls about Proxidentaire and 70 written complaints have been filed since the two centres were closed in June.

Multiple suspects have been taken into police custody following a police inquiry that opened on July 29.

Radio France reports that this focuses, among other matters, on suspicion of dishonest commercial practices endangering health, social security fraud and illegally practising as a surgeon.

It states that 72 patients have now filed complaints with the police on grounds including violence and mutilation.

France Bleu reported that the treasurer of the Proxidentaire company and a dentist who managed the two sites are among the suspects, and are being held in custody.

While awaiting a verdict the ARS has committed to “interventions to support patients from the dentist surgeries” including “information and specific management for the risk of infection”.

Laetitia Beaudeau, president of a group of Proxidentaire patients, said: “We are relieved [that they have closed] because they won’t create any more victims.

“But we are also anxious to see what comes next, and what will happen to our teeth. We are in the fog, waiting to see.”

What to do when dental procedures go wrong in France

If dental work has been done poorly, a patient may experience excessive pain after a procedure or need extra corrective procedures, increasing treatment time and costs for care.

French law states that dentists must compensate patients within five years for work that is completed incorrectly.

This can include compensation for the initial fault, fees for treatments related to the fault, and for time taken off work, loss of income, and psychological damage.

In order to prove that the dentist is at fault, a patient needs to request a copy of their medical file from their dentist’s surgery. Surgeries are legally obliged to provide patients with all personal health information on file.

Next, the patient needs to create a claim (it is advisable to use an independent medical advisor to do so) which can be sent to the dentist either by recorded post or by sending a Mise en Cause online.

The dentist should then send the claim to their insurance company – all dentists must be insured in order to practise legally in France.

The insurance company may ask for more information in order to verify the claim. If they judge it is valid, they will offer compensation, which the patient can either accept or refuse.

If the patient refuses compensation (normally because they feel the amount offered is insufficient) the next step would be to take the case to court.

Again, before doing so, it is recommended to consult with an independent medical advisor.

Make sense of... Visiting the dentist in France

Tooth filling had to be redone - should I pay?

Some glasses and tooth crowns are now free in France