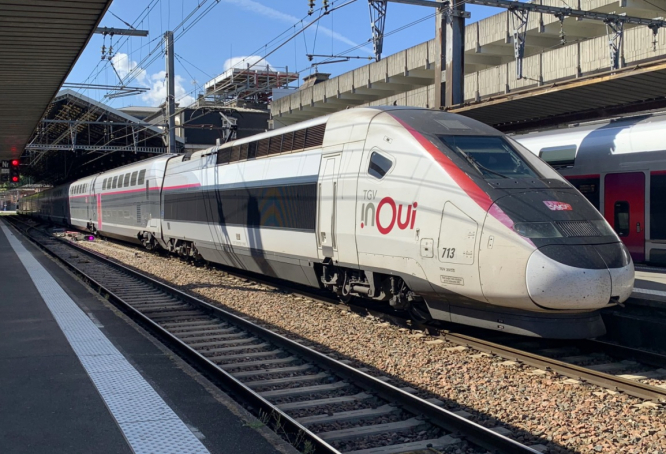 The driver missed the stop by several dozen metres, and was forced to reverse the train so that the doors could open at the station as planned. The manoeuvre - described as a “security procedure” by SNCF - took 40 minutes to complete.

Due to the mishap, the train arrived at the final destination of Lyon 40 minutes later than scheduled.

One passenger, Théo, tweeted: “Thanks to SNCF, I’ve had my first time being on a train that is going in reverse. The reason? ‘Ladies and gentlemen, the Nimes station has been… (PAUSE) missed by our driver’.”

He told news service FranceInfo: “We saw the station pass by, and knew that we were supposed to be stopping there. It stopped a bit further along. We waited on the track. We told ourselves that there must have been a mistake.”

He continued: “[The guard] told us that the Nîmes station had been missed by the driver. We could tell that she was quite taken aback. It was positive because people started laughing and talking together. It was a pretty funny moment.”

In response, SNCF said: “You must be referring to TGV 6875. You should allow 40 extra minutes for it. The stop for Nîmes Pont-du-Gard was not marked. As you were told, a security procedure was put in place to allow the TGV to stop there.”

Despite the delay, Théo said that the mistake had been “handled pretty well,” adding “it reminds you that it’s not all completely automatic, and that there are still people driving the trains, and that is good news!”