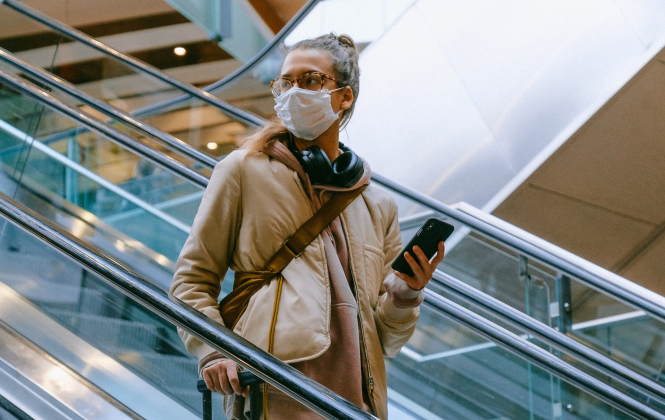 Two high-profile French doctors have warned that there are not enough anti-Covid-19 measures in place at French airports.
By Connexion journalist

Professor Caumes said: “There are clusters that are developing from people who are coming back from trips and are not being put in quarantine...[which is] the only effective measure [against the virus]. Some countries to which people are going on holiday are demanding more than we are, for people coming to us.”

The professor had already warned the country about the possible risk from infected travellers around two weeks ago, in an interview with newspaper Le Parisien.

The comments come as the government announced on Sunday (July 19) that travellers coming from so-called “red list” countries - those in which the virus is still judged to be at dangerous levels - would be given systematic Covid-19 tests upon arrival, or would need to prove that they tested negative at their place of departure.

Health minister Olivier Véran said that up to 2,000 tests could be done per day at Roissy Charles de Gaulle (Ile-de-France); while Toulouse Blagnac (Haute-Garonne, Occitanie) airport also said it was set to introduce testing, especially for travellers arriving from Turkey and Algeria - where the virus remains widespread.

Travellers can either get a test as soon as they land, or be given a prescription to be tested at a town lab.

Read more: France introduces Covid tests for ‘at risk’ airport arrivals
Read more: When, where and how to get tested for coronavirus in France

But Professor Juvin joined the calls for more measures, saying that he was “surprised” as “everyday, planes land in the country, some coming from countries in which the virus is very active, and [all that] we ask them is - ‘Remember to fill in a form, on your honour’, on which they say they have no symptoms.”

He added: “It is absolutely necessary, not to close the borders, but that every person who arrives in the country is traced. And we have to test, and go to find people where they are - their workplace, or on holiday. There are not enough tests [in France].”

Professor Caumes has said that he believes that the country “has the capacity”, but has a “staff problem” to actually do the tests.

As far back as late January - when the virus was still only affecting the city of Wuhan in China - some travellers were already questioning the lack of measures imposed at Paris airports.

At the time, these consisted of posters put up in the terminal buildings, but no tests or thermal measuring for arrivals.

Then-health minister Agnès Buzyn said that she was following recommendations from the World Health Organisation (WHO), which at the time said that temperature controls at borders were only “optional”. She said: “All the experts are saying that it offers a false sense of security.”

But one French citizen, who arrived through Roissy on January 26, said: “We had no tests. I could have been a carrier of the virus [without realising it].”

Health experts have long warned of a potential second wave of the virus as deconfinement continues, and at the weekend, authorities in France warned that the virus was showing some signs of returning, with family reunions and individual events spreading infection more than before.

One high-profile doctor, Professor Jean-Michel Delfraissy, also warned that more people were “abandoning” safety measures such as hand washing and keeping a 1-2 metre distance; as others called for compulsory masks.