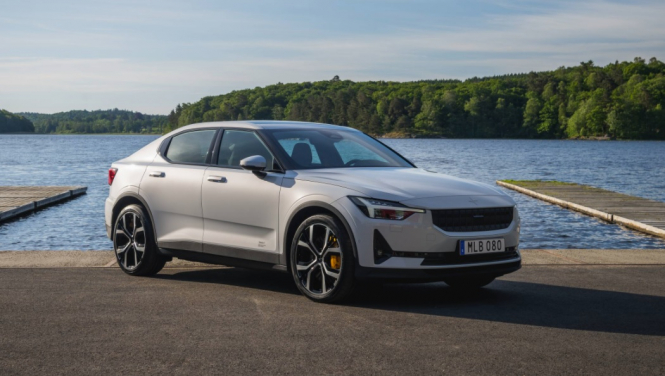 The French car brand Citroën is blocking the sale in France of Swedish electric car brand Polestar, on the grounds that its logo looks too similar to the iconic French chevron logo.

Polestar has already started production of its electric 2 model in China, and it had been expected to arrive in France at the beginning of 2021.

But Citroën has, for now, blocked sales in France due to a row over the Polestar logo, which Citroën says looks too similar to its own.

Polestar has a chrome, 3D logo that resembles a stylised “North star”, which Citroën claims bears a too-similar resemblance to its own 3D, chrome chevron logo. In July 2019, the French company took Polestar to court over the issue.

It said: “The Polestar Performance company has harmed the reputation of French trademarks 3422762 and 3841054 owned by Automobiles Citroën.”

So far, the Paris court of justice has ordered Polestar to pay a fine of €150,000 in damages, and ordered that the use of the logo in France be stopped for at least six months.

Further updates have so far not been released.

The French Polestar website is currently displaying this message: “Access to the Polestar site is not accessible to the French public due to territorial restrictions on the use of French trademarks n°016898173 and n°01689532.”

It then offers an international freephone number for “assistance”, which leads to a voicemail message asking you to leave your details to be contacted later.

This is not the only controversy to hit Polestar in recent weeks: in early October the company recalled all 2,189 of its Polestar 2 vehicles in Europe and China due to a software glitch that had caused some vehicles to lose power while driving.

Owners were advised to take their vehicles to a local service centre for an update to fix the issue.

In a statement, Polestar said: "We issued a voluntary safety recall for Polestar 2 after we investigated, verified, and developed a solution for an issue reported by a small number of customers. A fault in the logic of the Battery Energy Control Module requires a manual software update to be rectified.”

Polestar officially joined the Volvo brand in 2015, as its “sport” model. Two years later, it announced it was returning to be an independent brand. It is today owned by Chinese giant Geely, as is Volvo.

It is not the first dispute of its kind between French car makers. Previously, Peugeot asked Porsche to change its planned 901 model to 911, as Peugeot was officially the owner of numbers with “0” in the centre.

And in the 1990s, the brand Audi requested that Renault change its “Quadra” model name, as it said it was too similar to its “Quattro” name.

A century of Citroën

Last year, Citroën celebrated its 100th anniversary. The Connexion spoke to Linda Jackson, its English head, about her journey to becoming head of Citroën’s UK and Ireland subsidiary in July 2010, and from there being appointed head of the entire company in 2014.

When Citroën meant style and innovation