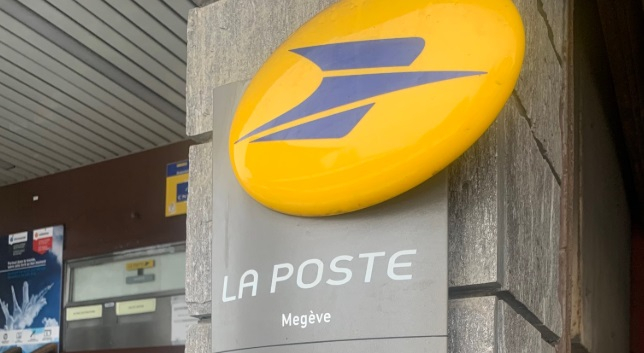 In a new investigation on the issue, public news source FranceInfo has found that the La Poste customer service account on social network Twitter, @lisalaposte , deals with a near-constant stream of complaints and issues about its parcel delivery practices.

It spoke to several unhappy users and workers to find out more.

The most common problems include parcels being delivered badly damaged; parcels left in inappropriate places such as rubbish bins and "under" doormats; and “you were out” leaflets being posted through letterboxes without the doorbell being rung, despite there being someone in the house at the time.

A significant number said their parcel simply never arrived. The problems appear to apply to addresses in rural areas and in major cities.

One user, who moved to the 11th arrondissement in Paris, told FranceInfo that since she moved into the area in August last year, parcels have been “left in front of the building”, or “squashed into my letter box”.

At least seven parcels have gone missing completely, she said, leading her to stop shopping online altogether. She said: “I am exhausted, I am tired. I have become paranoid, and wonder if I am missing important things.

“It feels like they are mocking me. You pay for a public service, but you get nothing back. I think it is both an organisation problem, and laziness on the part of the postal worker.”

Another user in Montpellier has said that three parcels have gone missing recently, worth a total of €150 - even though La Poste records show them as having been “delivered”.

She said: “They told me that someone had signed for them, but I knew it wasn’t me. I think maybe it was a neighbour, as I wasn’t in at the time. I never receive big parcels, and nothing changes. The online shops won’t pay me back [either].”

She is now attempting to lodge a compensation request with La Poste, to recover her lost funds.

Another user told FranceInfo that even when parcels do arrive, they are often badly handled and arrive damaged.

As a sculptor living in Lyon, she sends large packages with her artwork to paying clients, and finds that she is in constant conflict with La Poste, over reports of parcels arriving already opened, broken, or getting “lost”.

She said: “The amount of time I spend arguing with La Poste, is time I could be spending working. It is exhausting. It’s logical that postal workers feel pressure ‘to go quickly’. I do not blame them, I blame the employer methods further up the hierarchy. The problem is higher up.

“There is obviously a business policy that is not exactly warm towards clients and employees.”

Another user living in Paris said that he never receives parcels to his apartment home, and blames the company culture.

He said: “They [La Poste] recruit people from outside, and they have no business culture. I am paying for a service so that it arrives at my door, and it never does.

“The workers panic. They beep [the main building door] and leave, without looking for my apartment, even though I clearly explain to them where to go. You sometimes see them throwing parcels from the road, they’re in such a hurry. They do whatever, and it shows.”

The apartment building has now been forced to introduce a “short of mini Poste” in the entrance hall, with a concierge and several people who sort the letters and parcels, but the user himself has said he has simply “gone back to shopping the old way” in real shops rather than online, to “avoid the stress”.

One user recently tweeted that her Apple Watch had been stolen in transit with the Colissimo service, even though the parcel was showing as having been delivered safely. She called the service “embarrassing” and said “I want my money back”.

This is the equivalent of more than half of all non-urgent parcels (not sent by external courier), and represents a 68% jump compared to small packet parcel figures from 2013.

La Poste says it guarantees the delivery of more than one million parcels everyday, and up to 2.8 million at the end of the year, during the Black Friday and Christmas season.

No longer a ‘public service’?

La Poste says that its aim is to “remain number one” for parcel delivery in France. Philippe Dorge, director general in charge of parcel services, said its aim is to “deliver more parcels, more quickly”.

But one anonymous employee who has worked on a countryside delivery route for 10 years, told FranceInfo that this aim has come at the expense of good service.

He said: “In 10 years, La Poste has broken down. It used to have a great quality of service, which I saw as exceptional, but which has been lost in the past three years. The idea of a public service is no longer there.”

He blamed poor organisation and said that the company had simply been “getting rid of [proper] postal workers”.

Instead, services such as the DPD Group - which is part of the La Poste group, which also includes parcel service Chronopost - are picking up the slack.

He said: “Even us, we no longer know if these Chronopost parcels are coming via the postal worker directly, or through an external courier. [La Poste] has changed everything. They are making our routes longer and longer. But clients don’t know that. The first person they see is the postman or woman.”

This worker now has a 95km route, which is “timed” by algorithms, he said. He sometimes has to deliver 40 to 50 items per day.

This time pressure, he said, is what can lead to parcels not being delivered, doorbells not being rung, or workers resorting to poor delivery methods - “because they have no more time, even though they know they’re not allowed [to do that]”.

He said: “The bosses don’t care, they say ‘Well, the client will just get it tomorrow’. The service is no longer there. I try to be an old-fashioned postman, and I am happy to just do my job. But 80% of my colleagues can no longer stand it. We have to do our round in the order they tell us to; we’re not allowed to deviate, because if there is an accident, it’s on us. We take risks everyday.”

He added that new workers are simply trained to go faster and faster, leading to errors.

The ‘Uberisation’ of parcels?

La Poste workers can distribute a maximum of 100 parcels per day, but subcontractors may often have as many as 250 - leading to rushing, and errors.

According to worker unions in Île-de-France, 75% of parcel deliveries “done by La Poste” are actually done by subcontractors, who are paid per parcel delivered, and not per day worked.

FranceInfo saw a subcontractor contract showing that workers are paid €1.47 for each parcel delivered, but receive a €4.36 penalty for each day that a parcel is late.

Thierry Lagoutte, a postal worker and union representative at SUD-PTT, said: “Everyone subcontracts parcel deliveries, for example, in Ile-de-France it’s 80% for La Poste, Chronopost 90%, and [online retail giant] Amazon at 95%.”

This leads to workers “leaving parcels on top of letterboxes, ‘under’ doormats, letting signed-for parcels sit in letterboxes...because of the pressure caused by this system”.

Mr Lagoutte added: “This is one of the biggest problems: the dogma of being ‘paid per delivery’, which means the subcontractor must not go back to the depot with any parcels.”

Yet, La Poste claims that these figures are incorrect.

In July 2019, it told the Agence France-Presse: “Using these [sub-contractor] professionals only represents 20% of the parcels delivered across France.”

The statement came during a court case, in which La Poste was eventually fined €120,000 for illegal employment, after a postal worker employed by its subsidiary, Coliposte, died in an accidental drowning incident in 2012.

Poor delivery incidents continue to happen despite there being clear rules on the delivery of parcels.

Workers are also not allowed to leave parcels in a public place or on the street, even in a stairwell or entryway, and they are not allowed to “force the parcel to fit in a letterbox”. They should go upstairs in the case of delivery to apartments or buildings not on the ground floor, the rules also state.

When contacted by FranceInfo in connection with its report, La Poste said that each client has the right to claim compensation in the case of any delivery problems.

It also said that it is not the only parcel service to encounter issues, and used Amazon as another example.