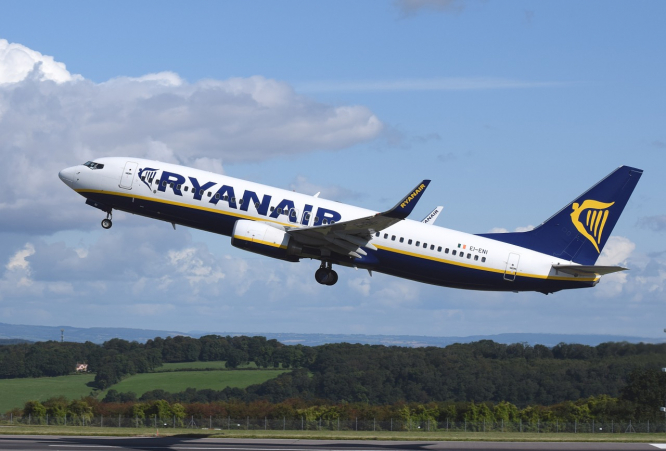 The Ryanair plane was flying from London-Stansted to Bergerac in the Dordogne when the incident occurred.
By Connexion journalist

The flight of January 29, 2015 had 166 passengers and six members of crew on board when it came within 321 metres of the ground and was less than a minute away from crashing, said a new report from the inquiry board le Bureau d’Enquête et d’Analyses (BEA) for aviation safety agency la Sécurité de l’Aviation Civile.

The plane - a Boeing 737 - was affected by strong winds and heavy rain that hit the Dordogne department, the report said, and was 14km away from landing at Bergerac Dordogne Périgord Airport when the incident occurred.

Between Beaumont-du-Périgord and Lalinde, an alarm went off in the cockpit, alerting pilots that the aircraft was “flying below the minimum safety altitude”, and was just 321 metres away from the ground as it was coming in to land. This is much lower than it should have been upon approach.

The alarm only went off a full two minutes into the plane’s descent, the report found. It was only then that the co-pilot stopped the plane’s approach, and accelerated, avoiding a crash with just 40 seconds to spare.

Lack of experience and communication

He was found to not have been “in proper control of the descent procedure”, which would usually follow a minimum altitude throughout, the report said, and his “initial preparation for the [landing] approach was found to be insufficiently precise or complete”.

The report also found that there had been communication problems between the co-pilot and the pilot - a 57-year-old with 15,000 hours flight time experience. This flight was the first that the two had flown together.

There were volume issues for the audio heard between pilots in their helmets, the report said. This meant the pilot had the impression that communication was flowing just “one way” - from himself to the copilot only - and he felt “that he was having to manage all the aspects of the flight himself” and “was becoming overloaded”.

The report also noted “the absence of urgent coordination procedures between [air traffic control] Aquitaine Approche and Bergerac” as the plane was approaching the tarmac, which had led the pilots to opt for an “approach with vertical guidance” landing instead (a form of “instrument approach” procedure).

The plane eventually landed 20 minutes after its scheduled arrival time, with no injuries on board among passengers or crew.

In light of the incident, airline Ryanair has now banned the use of approach with vertical guidance landings.

When will flights resume in France?