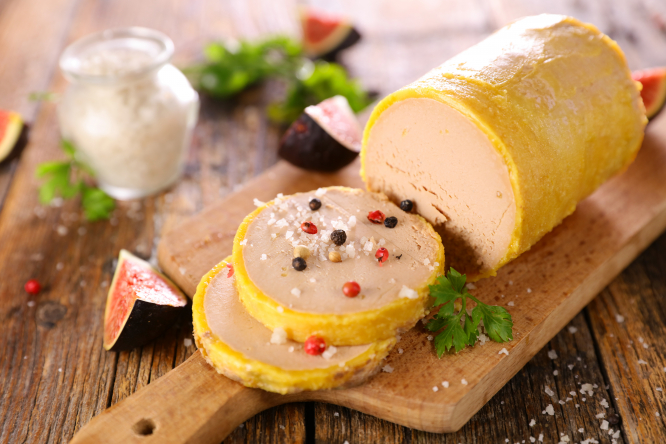 Foie gras is often seen as a delicacy to be enjoyed at Christmas time Pic: Margouillat photo / Shutterstock

The mairie of Lyon has banned foie gras from its official events, ceremonies and buffets saying its creation “goes completely against animal wellbeing”.

Mayor Grégory Doucet, of the green party EELV, made the statement in local newspaper Lyon Capitale.

The decision comes at a pertinent time as foie gras is a traditional part of a Christmas meal in France for many.

Lyon is the second-largest city in France after Paris, and is often dubbed ‘the gastronomic capital of France’, with its 21 Michelin starred restaurants and association with legendary chef Paul Bocuse.

The Rhône city has become the third city in France to ban the delicacy on animal cruelty grounds, after Grenoble and Strasbourg. Cédric Van Styvendael, mayor of the town of Villeurbanne – a commune that forms part of the wider Lyon metropolis – has also made the same decision.

Mayor of Strasbourg, Jeanne Barseghian – also a member of the green party – banned the delicacy from  official events from spring 2020.

In November, she wrote an open letter to animal welfare campaign group PETA, stating: “Since taking my role as mayor, I have made the decision to no longer serve this gastronomic speciality during official events organised by the city of Strasbourg.

“Part of the aims of the Strasbourg mayor’s office is particularly related to the respect of animal wellbeing”, even though Ms Barseghian did concede that the food had previously been seen as a “traditional anchored in our Alsace culture”.

Green mayor of Grenoble, Éric Piolle, went further, and said that the production of foie gras is “a French shame”.

Sandra Krief, a municipal councillor in Grenoble, told France 3: “It’s a product that comes from the worst possible practices. The continuation of the production of foie gras is not a French tradition, but a French shame.”

Grenoble has banned the product from official events since 2014, and has also taken the delicacy off all school canteen menus.

However, foie gras producers have stated their worry faced with growing opposition to the food. After Grenoble announced its ban, the president of a union of 11 producers in Alsace wrote an open letter in Le Parisien.

Nicolas Lecher wrote: “We are already struggling with the health crisis, the rising cost of cereals and avian flu. If authorities also attack us, it sends a very bad message to consumers.”

Chef Christophe Marguin, head chef at the Le Président restaurant in Lyon has also called the decision a “PR stunt”, and accused the mayor of Lyon of not being interested in food or in holding dialogue with chefs or farmers.

He told BFMTV: “We are lucky to have marvellous products in France, including foie gras. Farmers have been making major efforts in recent years to make sure the animals do not suffer. We have exceptional products, and I think as chefs we have to continue showing their value.

“It’s a major source of pride to value our ‘terroir’ through these products. People love foie gras. It’s one of the typical products that show the pleasure of going out to a restaurant. You can’t make it at home.”

Controversy has been growing over the delicacy in recent years, with ‘World Anti-Foie Gras Day’ now taking place every year on November 25.

In September this year, the French ambassador to the UK joined foie gras trade bodies to oppose a proposed ban on imports of the food. The production of foie gras on UK soil has been banned since 2006, but the country continues to import it.

Yet, in November, The Connexion spoke to a foie gras producer on a seventh-generation family-run farm in Dordogne.

Florian Boucherie, whose farm La Garrigue Haute is one of the few in France to raise and feed the birds and produce the foie gras all on the same site, said that the feeding technique does not hurt the birds, and that their “digestive system is designed to cope”.

He said that the ‘gavage’ rhythm is “dictated by the birds”, and that the job could only be done properly by “by people who like geese and ducks”.

Some companies have responded by working to produce the product without gavage (force feeding). In 2019, Toulouse company Aviwell (Haute-Garonne, Occitanie) began producing its “naturally fatty”, organic foie gras, which is made without the controversial force-feeding technique.

America advises against travel to France due to Covid risk

Covid: What will Christmas in France be like? This is what experts say