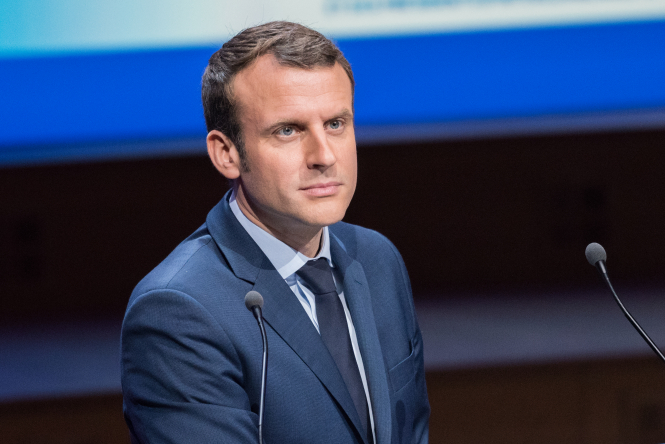 The president was speaking in Paris yesterday (September 16) at a meeting of the largest self-employed workers union in France, Union des entreprises de proximité, U2P.

He told the 600-strong audience: “You represent the central theme of my work these past few years; hard work, taking risks and drive.

“We need to re-engage the whole nation in this culture… it’s a cultural battle.”

New rules for insurance and access to unemployment benefits

The president said that under the new rules, self-employed peoples’ personal assets will not be allowed to be seized in instances where their business failed. Only their professional assets remain at risk.

Previously, only main residences have been protected from seizure.

Mr Macron also said that self-employed workers who stop working would have access to unemployment benefits once every five years, as the currently “overly restrictive” rules would be changed.

In order to assess unemployment benefits, self-employed workers will no longer have to liquidate their business, and the revenue criteria will be adjusted.

Current access to unemployment benefits put in place by Mr Macron’s government in 2019 has only been used by 1,000 people rather than the expected 29,000, as “the conditions are so constrictive”, he said.

Other new measures include a 30% reduction in costs for insurance against work accidents and illness caused by work, doubling tax credits for training for business owners with less than 10 employees, and lower costs for transferring a business in case of retirement.

For workers whose businesses were forced into closure due to the health crisis, the time during which they were unable to work will still count towards their total working time for pension calculations, the president said.

Earnings from 2020, which may be significantly lower than other years due to the health crisis, will also not be used as a base for calculating coverage for maternity and sick leave for workers.

The majority of the new measures will come into effect from January 22 under three texts: a new overarching law, a financial law, and a social security law.

Mr Macron said to the self-employed and freelance workers in attendance: “Often you have felt that you have been abandoned by public policies. For the past 27 years since the loi Madelin, there have been no laws dedicated to independent workers. This plan is a historic step.”

The loi Madelin, introduced in 1994, improved access to pensions for self-employed workers.

Dominique Métayer, President of U2P praised the president’s speech. He said: “The new measures are ambitious and moving in the right direction. They have responded to our demands and give us confidence in the future.”

In light of the 2022 presidential elections, commentators have also noted that Mr Macron may have another motive for improving things for self-employed  workers, many of whom were seriously impacted by the health crisis.

How do I claim benefits in France as a self-employed person?

You must ensure you are registered for social security, and for health insurance (“caisse primaire d'assurance maladie”/ CPAM).

This information may have been passed on to the various agencies when you registered your business or entrepreneur status (see below).

You can check online (social security is via the securite sociale website here, and health insurance via Ameli.fr here).

Registering means that you will pay social security contributions (cotisations sociales), collected by URSSAF, which will give you access to the usual benefits, such as basic pension, disability, family benefits such as child benefit paid by the CAF, training funds, and basic maternity pay.

Your contributions are worked out based on your self-employed, taxable earnings. You must submit an online tax return (déclaration) in order for your income to be considered.

There are no minimum contributions, so if you earn nothing you pay nothing. You also do not need to have full accounting to make a declaration; just a note of income and outgoings.

How do I claim status as an ‘auto-entrepreneur’?

The terms ‘auto-entrepreneur, micro-entrepreneur, independant’ all refer to the same thing; someone who works for themselves either in their own small business, or as a freelancer.

Some activities are excluded from the status, including those in agriculture or garden landscaping; journalism; property selling; medical professions; artists creating original work; accountants, and more. A full list can be seen here.

You can register your status at the Legal Start website here. The application requires proof of ID and right to work in France, as well as other documents such as proof of home address and any related qualifications.

There are limits on the amount you can earn in order to keep your ‘micro-entrepreneur’ status.

There is also a limit before which you need to pay VAT (TVA) or claim it back on purchases.

If you go over the limit, you will need to change your status to Entreprise Individuelle.

Are you eligible for workers’ benefit?

Moving my business from the UK to France: ‘I've had so much support'