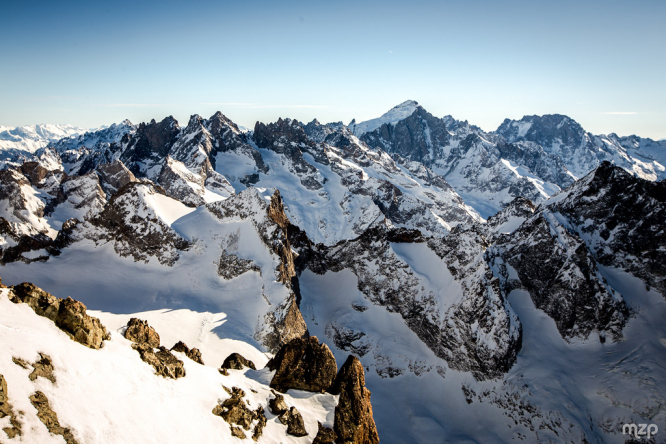 The human remains, thought to belong to the missing climber from 1976, were found in the Massif des Ecrins
By Connexion journalist

This week, emergency rescue teams in the Isère brought down human remains from the Massif des Ecrins area of the Alps, after the late climber’s family noticed “an orange mark” on the Long de l’Ailefroide glacier while riding between the Isère and the Hautes-Alpes.

The family, who had never given up hope of finding their relative in the mountain, called the CRS Alpes rescue team, based in Grenoble. The family is well-known to the CRS, who said they “show up often”.

Two CRS climbers were dropped by helicopter on-site on Monday September 9, at around 3,000 metres, and brought down “shreds of clothing and human remains”, reports said.

Major Laurent Soullier, commander at CRS Alpes, said: “We are still waiting for DNA test results, but this could very well be Jean-François Benedetti, who disappeared [on a solo climb] on July 25, 1976. His parents have [since] died, but his brother and friends were continuing the search.”

The climber’s father, Georges Benedetti, was a former MP and senator for the Gard department, and died in Corsica in November last year (2018).

The story of Jean-François’s disappearance was covered by cartoonist and climber Jean-Marc Rochette in his autobiographical work, Ailefroide, Altitude 3.954, which came out in March 2018.

Mr Rochette met Jean-François’s mother at the time, and tried to reassure her, by saying: “The glacier will take 50 years to give him back”. It reality, it took “only” 43 years.