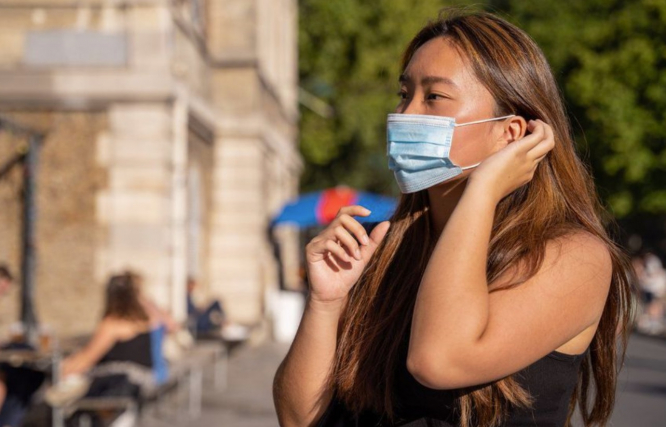 The lockdown conditions imposed in mid-March are starting to have an effect, data suggests Pic: Le Parisien / @le_Parisien / Twitter

Data is emerging to suggest that the lockdown measures imposed in mid-March in some departments are starting to have a positive effect. Yet, there is still intense hospital pressure in many areas.

Sixteen departments were first put into lockdown measures from March 20, followed by three more a week later. These included all in the regions of Ile-de-France and Hauts-de-France; and the departments of Eure, Seine-Maritime and Alpes-Maritimes; plus Rhône, Aube and Nièvre.

Marianne Poret, a Covid nurse in Hauts-de-France, told BFMTV this week: “We were seeing a positive test rate of 11%. In the past week that has dropped by two percentage points in one week, to 9.3%.”

Data from Santé publique France suggests that the incidence level - the number of new cases per 100,000 inhabitants - has decreased significantly in some areas over the past week, although the picture is still mixed for many areas.

These are largely the departments that were placed into lockdown first, from March 20 - followed by three more a week later - meaning the drop in incidence rate can be seen as a cautiously optimistic trend, and indicates that the lockdown measures may be starting to work.

This is, in theory, encouraging for the country as a whole as from April 3 the entire country was placed under the same lockdown conditions that were first imposed in these other departments.

Read more: Macron: Semi-confinement to extend to all France, schools to close

However, some departments are still under rising pressure.

In Saint-Omer in Pas-de-Calais, the positivity rate of tests has not dropped, and pressure on intensive care units remains acute.

Note: This map updates regularly and thus may not be in line with the editorial. The data recorded in this article was correct on April 8, 2021.

Dr Cécile Franck, president of the medical commission at the Saint-Omer hospital, said: “Last week we had a big surge in activity that required us to open a unit with 16 more beds, so we have 54 beds outside of intensive care and emergencies to accommodate Covid patients.”

Covid patients continue to be admitted to the hospital daily. There are currently 9,500 in hospital with Covid in the region.

France Covid lockdown not expected to last more than 4 weeks
New semi-confinement in France: What you can and cannot do
Stricter Covid rules for three more French departments

17 hours ago
4
France: 'Let vaccinated UK people make up own minds on travel'

Arc de Triomphe to be wrapped in 25,000 metres of fabric for art
3 August 2021
More from French news
More from Connexion
Get news, views and information from France
Join the newsletter
Subscribe to The Connexion