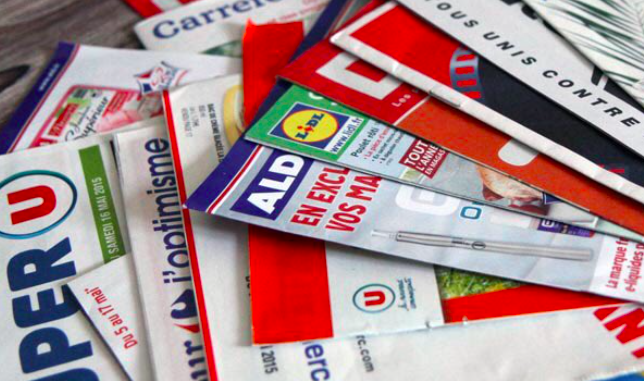 MPs plan to limit letterbox advertising in France by replacing the current ‘opt-out’ scheme with an ‘opt-in’ one in a bid to reduce paper waste.

The environmental law limiting flyers was passed by MPs last week will be discussed by the Senate in May.

But a new survey has found people in France would rather receive supermarket flyers in their letterboxes than not.

The survey* by Opinionway for shopping platform Bonial found that 52% of people in France would opt in to getting supermarket flyers in their letterbox if given the choice, and 55% find such leaflets useful.

Every year billions of flyers are posted into 25 million letter boxes in France, equivalent to 800,000 tons of paper, or 30 kilos per home.

Supermarkets started distributing promotional flyers with the arrival of television in France.

At the time, shops were banned from advertising on television, as legislators were concerned that regional newspapers and radio would be severely impacted by the loss of advertising revenue.

Many shops turned to posting promotional flyers as an alternative, and continued even as the TV ban was relaxed over time and largely removed in 2007.

The new law would not ban flyers completely, but would mean that flyers could only be put into letterboxes with a sticker that says Oui pub (“yes to advertising”).

The system would be trialled on a small sector of the population on a voluntary basis, before potentially being introduced nationally in the next three years.

MP Pierre-Yves Bournazel, who spoke in favour of the law said it was necessary as “advertising flyers are read by less than 15% of people who receive them”.

But, in the survey, 52% of people said they would use the Oui pub sticker.

An opt-out of letterbox advertising scheme already exists in France.

Stop Pub (“no to advertising”) letterbox stickers are already available online and in stores, but are not that widely used.

The Opinionway survey found that three in 10 of people in France have a Stop Pub sticker on their letterbox, although more people are in favour of the stickers today than they were in 2015.

And – even if they find them interesting – 75% of people were in favour of the law banning promotional flyers on environmental grounds, compared with 24% who were against it.

Three quarters of people (75%) agreed that such flyers were wasteful, and 81% of people said they were harmful to the environment.

* Opinionway for Bonial interviewed 5,042 people representative of people in France aged 18 and over from December 18-22, 2020.