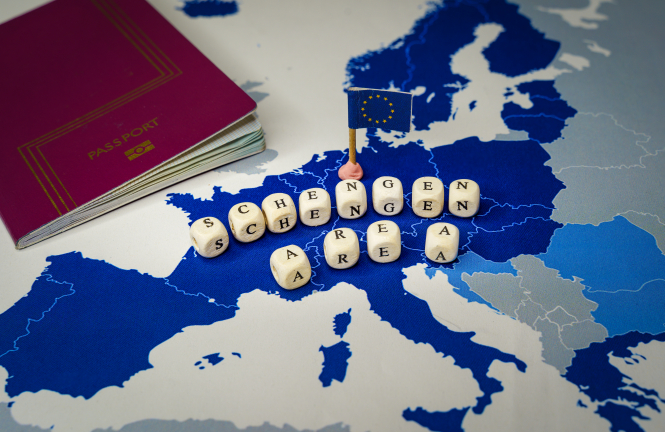 The European Commission is set to launch a new travel authorisation system for travellers with visa-free access to Schengen countries. This will affect British travellers to France from 2023. Pic: Ivan Marc / Shutterstock

A prominent British politician has said that the UK government must do more to raise awareness of Etias, a new travel authorisation that British people will need when travelling to France and other Schengen countries when it comes into effect in 2023.

Baroness Sally Hamwee, a Liberal Democrat politician and the chair of the House of Lords Justice and Home Affairs Committee told The Connexion that she is worried that the public do not know enough about how Etias will work or what it will mean for them.

“There has been almost no coverage of this in the UK and I imagine this is also the case for British citizens living abroad.”

Etias is a visa waiver that people from 59 non-Schengen countries, including the UK, the US and Australia, will need before travelling to countries that fall under the Etias scheme, which includes France.

It is similar to the US ESTA system, with applications being completed online and costing €7. It is valid for three years. The European Commission has stated that 95% of applications will be approved within minutes.

You can read more about Etias in our explainer article here - What is new EU €7 entry process and how might it affect you?

Ms Hamwee wrote a 53-question letter to the UK’s Home Secretary Priti Patel with queries about how the UK intends to prepare for Etias on July 1.

In the letter, she asked the UK government what support it will give to residents in the UK who need help - IT, linguistic or practical - when applying for it.

She set a deadline of September 6 for an answer and has currently not had a reply.

“The reason for the letter is that we do not know enough about Etias.

“There are logistical problems, political issues, and legal and ethical issues as well. We should be giving individuals information about a system that we don’t really know will operate.

“Where there can be profiling based on that information, it is something the government needs to deal with publicly.”

The Etias application will ask travellers for personal information and also background details on their health, criminal record, countries they have previously visited and their EU immigration history.

These details will be checked against various European databases to ensure the traveller is not a security threat.

“The system may be designed with the idea in mind to prevent people who are security threats from entering, but it will apply to everyone,” Ms Hamwee said.

“So if a question appears such as, ‘have you been to a conflict zone?’ then if you are a reporter who worked in one of those zones you would say yes, but that could be misleading.”

She said she is not for or against the implementation of Etias but wishes the UK government would provide more details about it publicly.

She said she did not know why coverage of Etias has been so minimal in the UK.

“One can only speculate. Speculation would say either that the government doesn’t think that it is important enough, or in their estimation it will not cause any problems. But I don’t know.”

Etias was mentioned in UK media in early August when the Daily Express described it as a “Brexit revenge tax”.

Ms Hamwee said that was unlikely as the authorisation will apply to many other countries with visa-free access to the EU, including the US, Canada and Australia.

In addition, proposals for Etias were first raised in a European Commission document in April 2016, two months before the UK’s EU referendum. It was adopted by the Commission as a policy in November of that year.

European Commission Jean-Claude Juncker said in September 2016: "We need to know who is crossing our borders. By November, we will propose an automated system to determine who will be allowed to travel to Europe. This way we will know who is travelling to Europe before they even get here."

Ms Hamwee said she had enquired about the UK’s involvement in early Etias discussions but does not know to what extent the country was involved.

Etias: What is new EU €7 entry process and how might it affect you?