Unclear if strikes to continue in France at Christmas 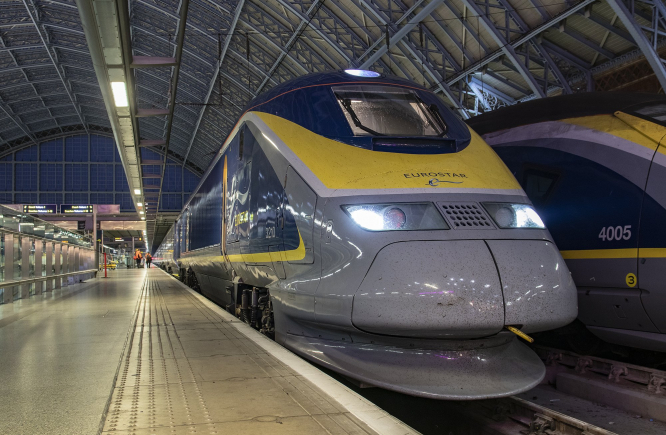 Eurostar and TGV train services have been affected by the strike in France, with plans for the Christmas period still unclear
By Connexion journalist

Currently, the strike appears to be continuing in force 10 days after the first day of mobilisation took place (Thursday December 5).

On Friday December 13, the number of strikers had dropped, but just one in four TGV services were running - a number that has stayed the same throughout the strike. More than 66% of train drivers were still on strike on Friday, as were more than 44% of guards and 19% of signallers.

During the strike, SNCF has been publishing its schedule for the next day at 17h the day before. But this week the company said it would publish confirmed holiday train services as early as possible, to allow passengers to plan. TGV services would be prioritised, the company said.

Rachelle Picard, general director at Voyages SNCF, said: “[TGVs will be prioritised] on services where more people have bought a ticket...more than half of passengers will be able to travel. We are going to try to achieve miracles.”

SNCF spokesperson Agnès Ogier said that the company would publish details of its “long distance” trains that would “definitely run” on Tuesday December 17 for services scheduled up to December 22; and on Thursday December 19 for trains scheduled for December 24, 25, and 26.

Eurostar trains have also been affected during the strike, with the company so far confirming disruption up to December 17.

Passengers are being advised to "travel outside the strike period", to check their journeys before travelling, and exchange or refund their tickets if necessary.

Will unions strike on Christmas?

Train unions have so far not presented a united front when it comes to strike plans over Christmas.

Laurent Brun, secretary general of leading SNCF union CGT-Cheminots, said: “There will be no truce for Christmas, except if the government comes to its senses.”

The third-largest union, SUD-Rail, has threatened not only to continue its action over Christmas, but until the end of the year. They have also demanded that the government withdraw its pension reform plans completely.

Yet, the CFDT union has said it is considering a truce for the holidays. Laurent Berger, from CFDT-Cheminots, said: “During the holiday period, especially for people who are going to see their family and who are travelling for the Christmas holidays, we must let them travel as they have planned.”

But Fabrice Angéi, confederal secretary for CGT, suggested that workers may not even follow union instructions “to the letter” on the ground. He said: “We do not have a button [we can press] to stop a strike, anymore than we have one to prolong it. It’s more complicated than that.”

PM: “The French will not accept it”

Prime Minister Édouard Philippe said that the French public would “not accept” being “prevented” from celebrating their Christmas holidays, and warned that it was up to each striker “to take responsibility” for their actions over the holiday break.

He said: “I can see that everyone is worried about Christmas approaching. Christmas is an important time. But each person must take responsibility. I do not believe that the French public will accept that some people would prevent them from this time.”

Mr Philippe added: “I wouldn’t say that the entire country is on strike. It is not a total blockade, but it is bad. The right to strike exists, but this impact on millions, especially those in Ile-de-France, is also what certain union organisations are hoping for.”

Minister for ecology Elisabeth Borne has said that the unions have been “irresponsible to say that they want to ruin the Christmas holidays for the French public”.

Minister for equality between men and women Marlène Schiappa has also called on unions to have a "truce" over the holidays and said "it is useless to ruin Christmas for everyone".

She said: "I respect the right to strike...But I am also very attached to family holidays. For many people, the Christmas holidays are a unique moment to come together, to take a break in the year. Even in wars, there are truces."

The Prime Minister added that the government was working on creating a calculator so that each person will be able to predict their pension after the reforms. The tool is set to be rolled out in early 2020, he said.

He said: “We are building it, but it is not easy. All of the hypothetical data must be worked out. When the [new] system is launched [in 2022], there will be an app for everyone with a smartphone. Any other calculators that you may have seen are fake.”