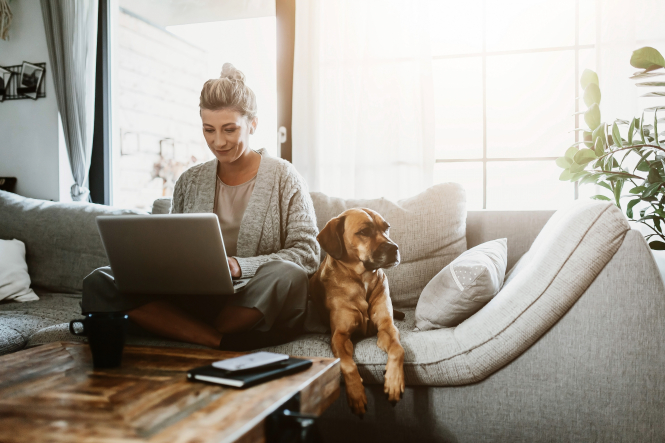 Work Minister Elisabeth Borne made the announcement on working from home rules, which come into force today Pic: MT-R / Shutterstock

Companies in France will no longer have to offer a certain number of days enabling staff to work from home, the work minister has said, in an end to the rules intended to contain the fourth wave of Covid.

Elisabeth Borne confirmed that the existing rules would come to an end today, August 31.

Previously, from June 9, companies were allowed to ask their staff to come back in to work for a ‘minimal number of days’ per week, with the remainder still worked at home.

Companies will now have the freedom to set their own rules when it comes to working from home, including requiring staff to come in every day.

Ms Borne told BFMTV: “[Unions] want us to give companies back the power to fix rules for home working, and no longer want us to have a minimum number of working-from-home days, which we are going to allow.”

It comes after the government polled unions and worker organisations on the issue last week.

He said: “What does that mean? Can everyone can go back to work depending on the employer's unilateral decision? These contradictory announcements mean that there may be questions among citizens, and it is these questions that must be answered.”

Instead, he called for “a national framework valid for all companies".

It comes as Economy Minister Bruno Le Maire confirmed changes to the financial aid available for businesses hit by the Covid-19 crisis.

11 changes for residents in France from September 2021

UK tax law: can I work from my second home in France?

14 hours ago
3
Visitor visa for France: How do we prove we own our second home?