The best books to read this month 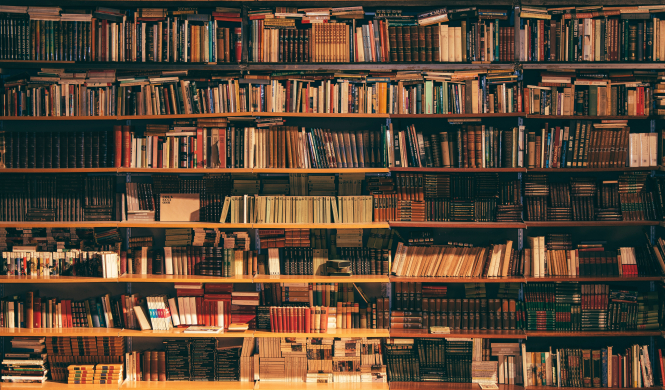 Connexion book column: the best books to read this month
By Connexion Journalist

This is Sadie Jones’s fifth book since Sunday Times number one best seller The Outcast, and the first set in France where she worked as a waitress in her youth. A dark tale of family tension, moral quandaries over money, violence and tragedy, it is compelling but not exactly sweetness and light.

The books starts out in London where Bea and Dan are a psychotherapist and an estate agent and would-be artist who hates that he has had to sell-out and do a commercial day job to make ends meet. Bea is daughter to a billionaire property magnate but hates to take any money from her parents on principle. They decide they need a change and set off on a road trip through France to Italy; or at least that is the plan.

What was intended to be a quick call on Bea’s brother who runs a hotel which their father bought for him turns into a prolonged stay when they find out their plan to rent out their London apartment has fallen through leaving them struggling for finances. All is not as it seems however, as Bea’s brother’s hotel near Dijon clearly has no guests and is not even ready for them, despite guest book entries that he has transparently made up. Things turn more complicated and toxic after Bea’s super-rich parents unexpectedly turn up.

English romance novelist Katie Fforde lives in a Cotswold village and most of her books are set in England – this one puts a different twist on things with settings in a Scottish manor, on a barge in London and in a chateau near Grasse in the Alpes-Maritimes.

Main character Caro takes a job looking after an elderly Scottish aristocrat after her daughter leaves home – only to discover that his son is a long-lost crush who she spent a night of heart-to-heart conversation with on a Greek Island 20 years before, feeling a connection different from any other man she had met before. The son, Alec, does not recognise her, but they grow closer after Caro discovers his passion for perfume-making and she accompanies him on a trip to the south of France in quest of the recipe for a famous perfume once made for a 1930s movie star.

There are some slightly improbable twists and the romance is slow-burn, but this is a light, enjoyable summer read, especially in the second half in France. Descriptions of the sun-kissed surroundings will make you want to head to the Riviera – if you do not live there already – and perfume fans will enjoy the details of how they concoct the perfect scent.

A vivid memoir of Paris through the decades, this very personal account of the French capital brings its places and people alive. Peppiatt is especially known for his writing about his friend renowned British artist Francis Bacon, who pops up several times in this book.

He lived in Paris from the 1960s to the 1990s and returned again to stay from 2014 onwards, looking back nostalgically on the past years. From 1964 Peppiatt worked on the arts pages of the English-language edition of a news and cultural magazine Réalités and then moved to Le Monde, meeting cultural icons of the day from Jean-Paul Sartre to Serge Gainsbourg or Henri Cartier-Bresson. He also writes first-hand of one of the key moments in the city’s history, the 1968 student and worker protests, when he saw “those ancient cobblestones being prised up from the roads to form makeshift barricades”.

“I’m appalled, disturbed and deeply excited,” he recalls. There was a suspension of normal rules and “every kind of freedom seems to be there simply for the taking”. Peppiatt calls the city “bewitching, temperamental, exasperating” and says a “deep love-hate relationship… binds me to it”.

He has seen it from all sides, he says, having both sipped champagne at the Paris Ritz and joined other immigrants in the dole queue or put up with “petty officials while paying my tax or renewing my residence permit”. At other times he says he “escaped my humble lodgings where neighbours’ bickering drove me to distraction, to dine with Sophia Loren or Catherine Deneuve, as well as a serene princess served by footmen in livery”. The book is organised around periods when the author lived in different areas from Montparnasse to the Latin Quarter or the Marais.

Read more: how to build a cosy hedgehog cabin in your garden

Dismissed by the literary establishment until the 1950s for being too clear and accessible, Maupassant is now one of France’s most popular authors and many people who have dipped their toes into French literature have read his stories at some point – but what do you know about the man?

In this clear and readable book, the Emeritus professor of French at Durham Uni­versity, digs under the surface to show a man of varied talents whose career lasted just 12 years, “brutally cut short by horrendous consequences of untreatable syphilis”. Yet, Lloyd says, his most striking characteristic is “prodigious energy and vitality”. A tireless rower and walker, he also apparently “enjoyed sexual relations with a large number of women from a wide range of social classes” and rose quickly from “obscure clerk” to international renown.

Not born to wealth, Maupassant was fascinated by the intricacies of social status, says Lloyd, and he felt he belonged to the elite by virtue of his literary genius. Ranging through his first breaks as a journalist, and forays into drama and verse, the book shows how he became a storyteller par excellence, offering the reader a fascinating glimpse into the panorama of 19th century French society.