Environmental news in France this December 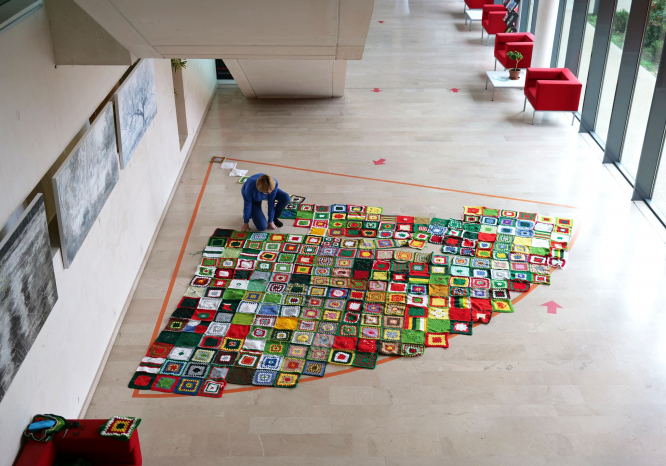 Around 100 local officials and residents protested outside the prefecture in Tours, Indre-et-Loire, after the go-ahead was given to build a wind turbine ‘park’ at Petit-Pressigny, 75kms south of the city.

The protesters have promised to take legal action to stop not only this park being built but also 30 more turbines in the Sud-Touraine region.

Denis Thenon, deputy mayor of Petit- Pressigny, told France Bleu that the approvals process is undemocratic: “Often the wind turbines are too close to houses. The noise is intense. The prefecture tells us: we are signing [to approve the project], deal with the court. It’s a fairly new democratic vision. We’re going Green news to go to court and we’re off for a few years of proceedings”.

One local resident said: “The promoters announce returns that are never achieved. This also contributes to the destruction of a certain number of animals, birds, bats. And it will also inevitably have an impact on the price of our houses”.

Since September 1, all municipal buildings and public lighting in the town of Oloron-Sainte-Marie, Pyrénées- Atlantiques, have been powered by 100% renewable electricity.

The switch to clean electricity took place in two stages: on January 1, the 14 sites in the city that consume the most energy went green, including the mairie, a wastewater treatment plant and some sports facilities. The second stage was then completed with 91 additional sites and 124 public lighting points switching to cleaner electricity, which comes largely from solar- and hydropower.

The town’s mayor, Bernard Uthurry, said the town is keen to set an example to others as well as to electricity firms: “If everyone does something, the electricity producers will be forced to adapt”.

Hundreds of tree trunks and branches have found their way into the Mediterranean Sea, following the high winds and floods from Storm Alex, which hit the Alpes-Maritime on October 2.

The debris is not only a source of potential pollution but is also proving hazardous for fishermen and sailors in the area.

“When you’re at full speed with a boat, and you come across a tree trunk, it makes a hole in the hull, it can get caught in your propellers,” said Laurent Isnard, maritime prefect for the Mediterranean.

The French Navy deployed two vessels to fish out several tonnes of wood.

Dreaming of a crochet Christmas

As more and more ecologically-friendly French mayors shun a cut Christmas tree, one town in Hérault is turning to local crochet contributors to help craft its sapin.

Juvignac is running the second edition of its “Défi en aiguilles” (Needle Challenge), a participatory initiative to make a big woollen tree, crocheted by residents, associations and municipal staff. 300 or so smaller, individual knitted squares are required.

Last year’s impressive six-metre high woollen tree was unveiled in front of mairie to mark the turning on of the Christmas lights.