Paris terror attacks survivor: Remember the victims, not their killers 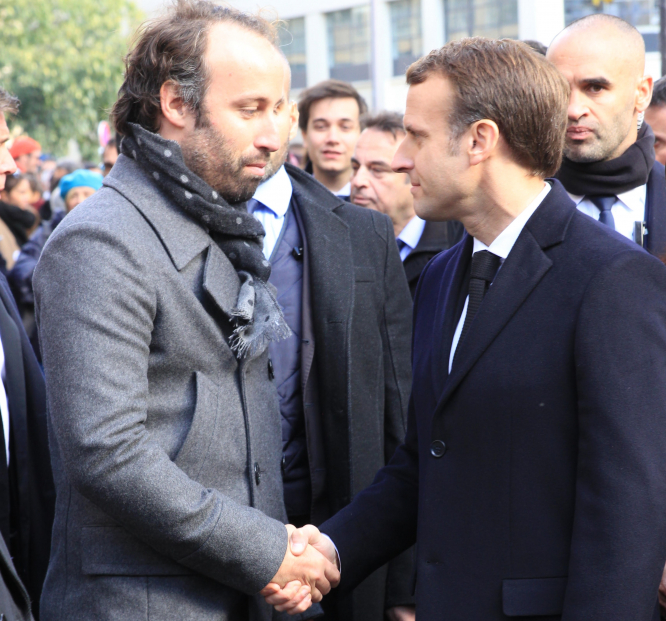 Parisians on a night out faced terror at every turn on November 13, 2015, as a concert hall, restaurant terraces, bars and the Stade de France football stadium were attacked in what then president François Hollande called an “act of war” by Islamic State.

Four hours of shooting and blasts cost the lives of 130 people and injured 494, and this month sees the start of the long-awaited trial.

The head of the victims’ association hopes it will honour those victims and allow their names to be remembered instead of those of the attackers.

Arthur Dénouveaux, president of victims’ group Life for Paris, was one of thousands of music-lovers in the Bataclan concert hall that November Friday evening to see Eagles of Death Metal.

Shortly after the start, the 29-year-old banker found himself lying on the floor as gunmen fired repeatedly into the mass of concert-goers.

He managed to escape the massacre, but some 90 people died at the Bataclan in a night of attacks in which 40 others were killed across the capital.

Mr Dénouveaux and others must now relive the horrific events at the trial that starts on September 8 and will last well into 2022. He admits to mixed feelings but hopes more than anything else it will bring recognition to the victims of France’s worst peacetime attacks.

“The general public is not capable of naming a single victim of November 13. Perhaps, with this trial, some names will make a mark.

“My hope is it will allow French citizens to connect and to recognise themselves. To say it could have been them or their child.”

It will be no small undertaking, with 20 defendants, scores of witnesses, more than 110 days of hearings, nearly 1,800 civil parties represented by more than 300 lawyers.

There will also be 30 criminal lawyers to defend the 20 accused. Of those 20, 14 are currently in prison or under judicial supervision, with six others sought by international arrest warrants.

The suspects have been charged with terror offences over the coordinated shootings and bombings and are accused of helping to organise or fund the attacks, or assisting gunman to flee.

French-Belgian Salah Abdeslam is the only alleged attacker to face trial as the other assailants were killed in police raids. Mr Dénouveaux plans to be present for much of the trial, supporting other victims who asked him to accompany them as they testify.

“The responsibility of helping people crushes me to some extent."

'I need them to testify as much as they need me. The road to resilience has been collective. We give and we give back and the sum of all this is a faith in humanity that is rebuilding itself'

“We have been learning what we can about the functioning of justice in France. We have talked to lawyers and experts, and to journalists. Many of us also followed the trial of the perpetrators of the January 2015 attacks, which gave a taste of what could await.

“The anxiety is there but the unknown is a little less so now.” He has no high hopes, especially of hearing any kind of explanation for the four-hour assault on people enjoying a normal Friday night in Paris.

“It is very difficult to have precise results in mind. To be able to say that the victims have been heard and that society has understood both our pain and the impasse that is terrorism.

“To be able to see in the verdict the confirmation that society and justice recognise that what happened to them is intolerable.

“Beyond this, having explanations or an acknowledgement of the inhumanity and uselessness of the terror act would be soothing. But I don’t want to hope because I never want to expect anything from them.”

What Mr Dénouveaux does wish for, over and above every other outcome, is that the victims are honoured in the trial, which will be followed around the world.

“I see two ways to honour the dead: by keeping their memory alive beyond the photos, which means remembering their lives and actions, and also by remembering that their deaths are a call to live for those who remain.

“This leads to fighting for the democratic values they used to have that night: going out freely and safely to have a drink on a terrace, attending a soccer match or a concert.