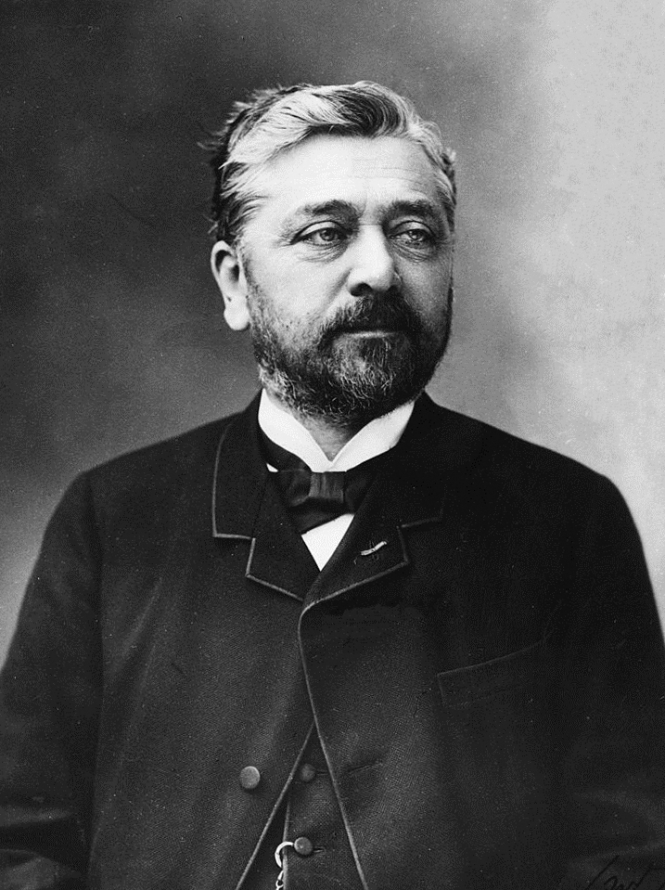 Gustave Eiffel was born in Dijon in 1832. After training as an engineer, he worked for several years supervising work on the great railway bridge in Bordeaux.

He set up his own company, specialising in metal structural work, in 1864 and constructed hundreds of different metal structures around the world.

His achievements include the Porto viaduct over the river Douro in Portugal in 1876, the Garabit viaduct near Ruynes-en-Margeride, Cantal in 1884, the Pest railway station in Hungary, the dome of the Nice observatory, and the metal structure of the Statue of Liberty.

He was admired for his inventiveness and even created “portable” bridges that were sold around the world in “kits”.

However, not everything he touched turned to gold. His company won the contract to build locks for the Panama Canal.

It was the biggest deal of his business life – and a career-ending failure. The project was badly managed by Ferdinand de Lesseps, the Frenchman who had overseen the successful Suez Canal, and ended in one of the biggest financial scandals of the century.

De Lesseps and Eiffel were taken to court for fraud. Eiffel was sentenced to two years in prison and fined 2,000 francs. Even though the ruling was later annulled, his honour was severely compromised and he retired.

Read more (subscribers only): Being a descendant of the Eiffel Tower's creator

He spent the next 30 working years as a scientist, and set himself the task of finding a practical application for the Eiffel Tower.

He used it in wind resistance experiments, as a meteorological observation post and as a giant aerial mast for the new science of broadcasting.

He was interested in aero-dynamics and built a wind tunnel at the foot of the tower, followed by a much bigger one at Rue Boileau in Paris in 1909, which is still in use today.