Cookie Consent by FreePrivacyPolicy.com Where in France you are most at-risk from Lyme disease ticks French News and Views in English | The Connexion
20 june 2021
Classifieds Currency exchange Newsletter
Login Register BASKET
Facebook Twitter 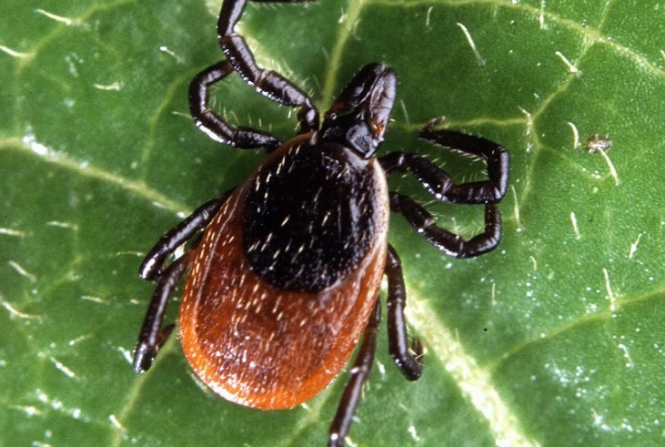 15% of ticks in France carry Lyme, research has found, with some regions more at-risk than others Pic: Scott Bauer / Wikimedia Commons / Public Domain

In France, an estimated 15% of ticks are carriers of Lyme disease; with the majority of cases recorded in  Grand Est, Bourgogne-Franche-Comté, Auvergne Rhône-Alpes and Nouvelle Aquitaine.

There were 50,133 new cases of Lyme disease reported in mainland France in 2019, figures from research programme CiTIQUE* show.

Its figures show that 15% of ticks in France carry Lyme, and that 14% of ticks carry other pathogenic agents that could be harmful to humans and animals.

Forest areas are most likely to harbour ticks, but the insects can also be present in normal gardens, and this kind of bite appears to be on the rise.

Lyme disease is often known as an “invisible disease”, and can affect anyone. It is transmitted by tick bites, which are carriers of the bacteria Borrelia burgdorferi sensu lato.

It can cause muscle spasms and paralysis, intense migraines, fever, dizziness, fatigue, and balance problems. Its symptoms often appear similar to those of other conditions, making it difficult to diagnose.

If you do suspect or know you have been bitten, you are advised to:

*CiTIQUE is an initiative founded in 2017 as part of the national plan against Lyme disease.

It works to gather geographical information on the spread of ticks and the pathogens that they carry, and partly operates via an app - Signalement Tique - that allows users to report a bite for free.

Members of the public can also report a bite online or via a paper form.  You can download the app on Android and iOS, report online or download a paper form, and find out more about the initiative, on the website here (in French).

You can even send the tick that bit you to CiTIQUE by post, to allow researchers to learn more. All reports are anonymous and no individual test results can be sent back, but the reports help to improve the researchers’ data.

6 hours ago
4
Britons in France: Five groups 'at risk' of missing card deadline

18th century château in southwest France up for auction from €90,000
17 June 2021
More from Health
More from Connexion
Get news, views and information from France
Join the newsletter
Subscribe to The Connexion