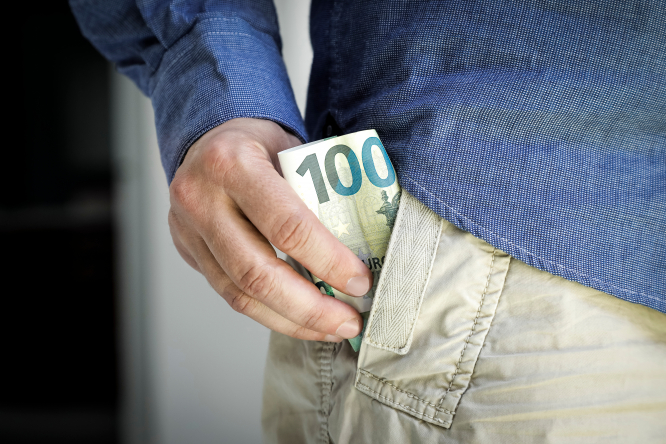 Those who only live off incomes like foreign pensions or rents will not qualify for the bonus Pic: Younes Stiller Kraske / Shutterstock

The €100 inflation bonus being paid out to those with main incomes of less than €2,000 net a month will not apply to people who live solely off foreign pensions or rents or investments.

The Prime Minister’s office has confirmed the point to The Connexion.

As a result, those with foreign pensions, rental incomes etc will only qualify if they also, for example, receive Aspa French pension top-up money, or certain other French benefits, a spokesman for the prime minister’s office said.

“A person who simply receives a pension from a foreign pension body, a UK state pensioner for example, will not be eligible to receive the bonus,” he said.

“But if for whatever reason you also benefit from a French social benefit, then you may fall into the cases that we have provided for.”

Employers will be reimbursed by a scheme to help with payment of social charges that will be due after paying the bonus, the government says in a statement of the rules. It adds that the other bodies concerned will also be entirely compensated by the state.

Official statements on the rules do not mention any benefits paid by departmental councils or other local authorities as being relevant.

Most other situations other than those living off foreign pensions or rents/investments, are provided for.

Here are some other examples of how different niche groups can benefit:

Will I get inflation bonus twice if I have two jobs?