Seven money changes coming into effect in France in October 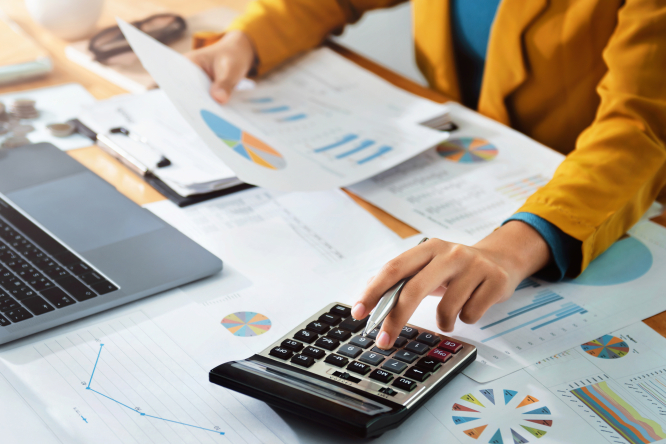 This October will see various tariffs and payments being adjusted in France, whether they concern a boost to the minimum wage rate or a change in unemployment benefit calculations.

The regulated price of gas power, which is decided by the Economy and Energy Ministries and the Commission de régulation de l’énergie (CRE), is rising by an average of 12.6% this month.

Customers who are not on regulated tariffs are on ‘market’ rates, which are determined by the different providers.

Some of these tariffs will be fixed for one to four years – depending on any tax fluctuations – and so will not be affected by the 12.6% rise.

However, other companies will offer plans based on regulated tariffs – perhaps promising a rate that always sits 10% or 12% below this figure – so are likely to increase.

France’s minimum wage or Smic (salaire minimum interprofessionnel de croissance) will rise automatically by nearly €35 per month before tax this October because of inflation.

Currently sitting at €10.25 per hour or €1,554.58 per month for a full-time worker before social security contributions and tax are deducted, the minimum wage will now reach €10.48 per hour or around €1,589 per month.

This is because France’s current inflation rate is 2.2%, and French labour laws state that an inflation rate of 2% or more should trigger a recalculation of the Smic.

The minimum wage had already risen by 0.99% in January.

However, the last time that it rose automatically during the year as a result of inflation was in December 2011.

When the Smic is reevaluated again in January 2022 it will go up by less, as it will be calculated according to the evolution of prices between August and November only due to this month’s rise.

This is because the indice de référence sur les loyers (IRL), which fixes the maximum annual increase in rent that a landlord can impose based on inflation rates, has gone up.

So, those who receive €150 per month will now be eligible for an extra 63 centimes.

APL aims to reduce the rent paid by a person whose income sits under a certain threshold.

Since January, it has been calculated based on an individual’s finances in the last 12 months only, in order to make it “more reactive and fair, especially in the case of a reduction in income.”

Unemployment benefit in France will be calculated differently from today (October 1) as reforms to the unemployment service Pôle emploi come into force.

Work Minister Elisabeth Borne told Le Parisien that currently, “in some cases you can earn more being unemployed than working,” and so hoped that the new system would encourage job seekers to find work.

Under the changes, it is predicted that the monthly payments of 1.15 million newly unemployed people will decrease by an average of 17%.

However, the amount of time that they are able to access allocations will extend from an average of 11 to 14 months.

These rules were supposed to be introduced on July 1, but the Conseil d’État (Council of State) recommended a postponement because of “uncertainty surrounding the economy.”

October marks the end of fonds de solidarité, which was introduced in March 2020 to help France’s businesses survive the challenges of the Covid pandemic.

Around €36billion has been allocated to 2 million businesses over the last year and a half. Those that are still severely impacted by Covid restrictions will continue to be eligible for help with their regular fixed payments.

A raise for hospital and care home workers

Around 500,000 workers in the health and care sector will this month be getting a pay rise following decisions made as a result of the Ségur de la santé consultation on healthcare system funding.

Now, the pay rise will be extended to a further half a million workers, from physiotherapists to orthoptists, who will also benefit from a general payscale reevaluation.

As a result, a nurse at the beginning of their career will receive an additional €290 net, made up of the €183 and €107 from the revised salary bands.

Netflix is increasing the price of its monthly subscriptions in France this month.

For people with a Netflix Essential plan for one screen, the cost will rise by a euro, from €7.99 to €8.99 per month.

Those with a Netflix Standard plan including two screens will pay €13.99 as compared to €11.99 previously.

However, those who have a Netflix subscription included as part of an internet box package will not see a rise in their monthly tariff.

Netflix has also said that the future introduction of video games on the platform will not result in a rise in prices.

Brexit and France: Recap of key dates and issues in October and beyond