Landowner in France left with €40,000 costs after squatters evicted 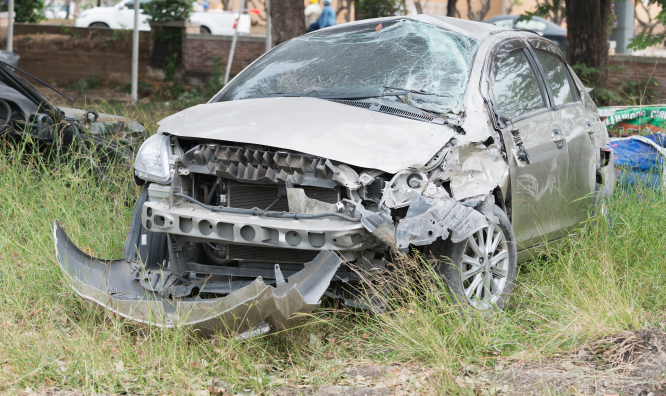 A landowner in Nantes is facing estimated costs of €40,000 to €50,000 for cleaning up a site that was occupied by multiple families of squatters for more than 12 months.

The land, which is under the city’s Cheviré bridge, is owned by timber merchant company Dispano. The firm states it will now have to pay to install security features on the site to dissuade squatters from returning.

Travelling families that had been squatting on the land left on August 5, leaving behind destroyed vehicles, including cars and caravans, piles of rubbish, and pollution that will require specialist cleaners to fix.

Dispano has since been waiting to begin large-scale clean-up operations.

A representative from the Mairie de Nantes told Ouest France: “Legally, they must wait two months, until October 5, before the abandoned objects can be considered rubbish.”

On October 6, representatives from Dispano, the mairie and the police will visit the site in order to prepare a clean-up plan.

The mairie said: “Removing the vehicles does not pose a problem, but deep cleaning the site (treating rubbish, pollution, etc.)  means that the owners must use specialist public services.”

The owners may also choose to keep the vehicles onsite for now in order to dissuade other squatters from using the land, before security measures can be installed, following advice from the local police force.

The site is one of many left in a bad condition by squatters in the city.

On a 5,000m2 site at the nearby impasse de l'Estuaire, in Saint-Herblain, owners recently paid €40,000 in restoration costs after squatters were evicted.

A third of the money was spent on removing destroyed cars and two thirds on cleaning and installing security features.

And in the commune of Saint-Luce-sur-Loire, to the north-west of Nantes, site owners paid €50,000 earlier this year to remove destroyed cars, to hire skips to remove rubbish and to clean the area after it had been cleared.

In both cases, costs were paid by site owners, with no financial help from the local authorities.

What are the laws around squatting in France?

The laws on squatter evictions have changed recently in France, with the government working to make it easier to evict squatters from your property.

The aim is to enable property owners to evict illegal squatters more quickly – within around 72 hours – as opposed to the months it could take before.

The new rules also mean second homes are now treated the same way as main residences. Previously, the law only allowed the eviction process to be fast-tracked if the property in question was the owner’s main home.

What if my property is squatted and I want to evict?

To begin the process of eviction, you must make a complaint to the local police or gendarmerie as soon as possible, who will then take the case to the local prefect.

You will need to show proof – usually the proof of sale (known as l’acte authentique de vente or acte de vente définitif) – that the squatted property belongs to you and that the squatters are there illegally.

If you cannot show proof of ownership, that the property is your main or secondary residence and that the squatting is illegal, then your request for eviction risks being refused.

Property owners are advised to make copies of their acte de vente définitif (by scanning it or taking good-quality photos) and store them digitally or in hard copy separate from the house, as the documents are otherwise usually kept in the property, and would be inaccessible in the case of squatters.

After you have contacted the police or gendarmerie, and shown proof of ownership, the authorities have 48 hours to return a decision to you. They must also show a valid reason for their decision, especially if they refuse.

If authorities refuse to evict the squatters immediately, the police are nevertheless still required to serve a 24-hour notice to the squatters asking them to leave, regardless of how long they have been living there.

If the squatters refuse, authorities then have the power to evict the illegal occupants by force “without delay”.

Even so, authorities may still consider the situation of the squatters before evicting. For example, if they are vulnerable (such as a mother with a young child or a fragile elderly person), then there may be a delay in evicting them while appropriate replacement housing is found.

For people who are hiding from police, however, eviction may be immediate. The new laws also mean that squatters can still be evicted even during the winter when the usual truce on normal evictions known as la trêve hivernale is otherwise in place.

What if the new process does not work?

If the prefect refuses to evict immediately, then property owners will need to go down the 'old' channels, which may be costly and take months.

They are the same as the procedure for removing tenants who refuse to pay rent or to leave at the end of their contract.

The process involves getting a French bailiff, known as a huissier, to report the property as occupied, going to a local court for a ruling against the squatters, and then instructing the huissier to implement the court order.

This can take “a year and a half and cost around €3,000 in lawyer’s fees, plus another €1,000 or so for the huissier,” Maître Rossi-Landi, a lawyer specialising in property law, previously told The Connexion.

Owners must go through the legal channels and not try to evict the squatters themselves, however, as they risk a €30,000 fine and up to three years in prison if they attempt to do so.

What has been the effect of the new law in France so far?

Figures from the government show that of the 124 squatted properties reported to authorities, around three-quarters were recovered within 72 hours using the new law, reported French property specialist website French-Property.com.

Where in France are properties most likely to be squatted?

Of the 124 cases reported above:

These four regions accounted for 79% of the reported squatting cases.