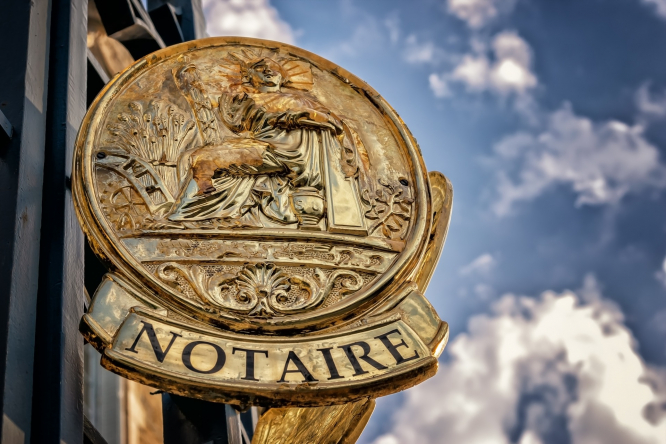 For several years, notaires have been able to collect electronic signatures at a distance but all parties (eg. seller and buyer) had to be present in French notaires’ offices
By Connexion journalist

Using videoconference was possible from April to August, linked to the confinement, but it then ended.

In a first stage of re-establishing this comparution à distance for signing notarial deeds (formal, legally-binding documents), it will be permanently possible to appoint a notarised proxy this way. For example a person at home in the UK can make someone in France their notarised proxy, to sign deeds for them, including for home purchases, with only the proxy being present with the notaire.

Notarised proxies (as opposed to proxies named by a less formal procedure) are obligatory for some legal procedures, such as buying a property off-plan, but are recommended for others too.

For several years, notaires have been able to collect electronic signatures at a distance but all parties (eg. seller and buyer) had to be present in French notaires’ offices.

The new system allows for all parties to sit in front of their home computer anywhere.

Visual contact via webcam is combined with a system called DocuSign for collection at a distance of the parties’ consent agreements (including exchange of emails and a code sent to parties’ mobile phones).

The notaire attaches the agreements to the deed, and ‘seals’ it with a digital key, making it legally binding.

Laurence Leguil, in charge of IT at the Conseil Supérieur du Notariat said the system had worked well earlier in the year.

“Now, starting this way, with notarised proxies, gives everyone chance to get used to it.

“We hope that next we will move into higher gear so as to be able to expand it to all kinds of deed.”