Some of the most beautiful paintings of nature have been used in a new campaign by supermarket chain E.Leclerc… which has seen them brought ‘up to date’ with litter disfiguring them.

It is part of a Leclerc clean-up campaign, Nettoyons la nature #NLN2017, that this year marks its 20th anniversary in promoting recycling and collecting rubbish that litters the streets and countryside. 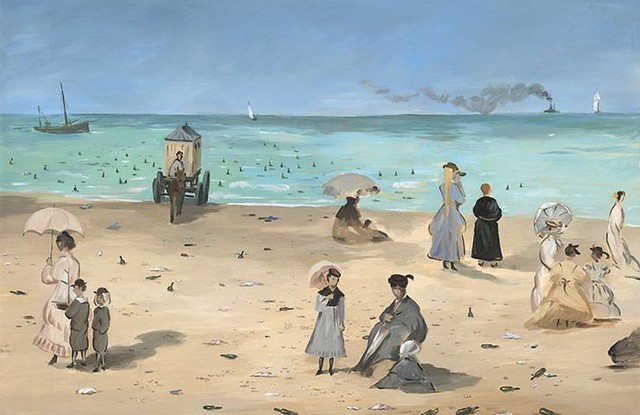 Last year the company organised clean-up events across the country and collected a total of 60,000 tonnes of rubbish – the equivalent of six Eiffel Towers.

The company called in British artist Martin Hargreaves – well known for giving artworks a humorous slant – to recreate Impressionist works, from an era where the beauty of the countryside was being celebrated, but with a landscape covered in cigarette butts, cans, household rubbish and abandoned cars.

Law changes last year banned the use of plastic bags in shops because the vast majority of the 17 billion bags given away in shops each year were thrown away after one use.

Resident or second-home owner in France?
Benefit from our daily digest of headlines and how-to's to help you make the most of life in France
By joining the newsletter, you agree to our Terms & Conditions and Privacy Policy
1
French court orders 4G antenna switch-off over cow health concerns

2 days ago
4
€224 more per person for food shopping in France this year, says study

3 days ago
5
France’s electric car for €100/month scheme: who is eligible?

Editor's Picks
Home energy rating problems and three other French property updates
26 May 2022
Applying for ‘returned goods relief’ to take items from France to UK
14 May 2022
Beeping, insults: The regions of France with the rudest drivers
25 May 2022
How do I set a fair price on my French house that I want to sell?
19 May 2022
Extra Covid booster recommended for over 65s in France this autumn
25 May 2022
More from French news
More from Connexion
Get news, views and information from France
Join the newsletter
Subscribe to The Connexion

Income Tax in France 2022
Every resident of France must declare their 2021 income in spring 2022. We explain how
Inheritance Law and Wills in France
Understand formalities around French succession rules and considerations for buying property
About Us / LegalContact UsAdvertiseUseful numbersSend your storyFAQs
© English Language Media 2022, All rights reserved.
Privacy policyTerms and conditions