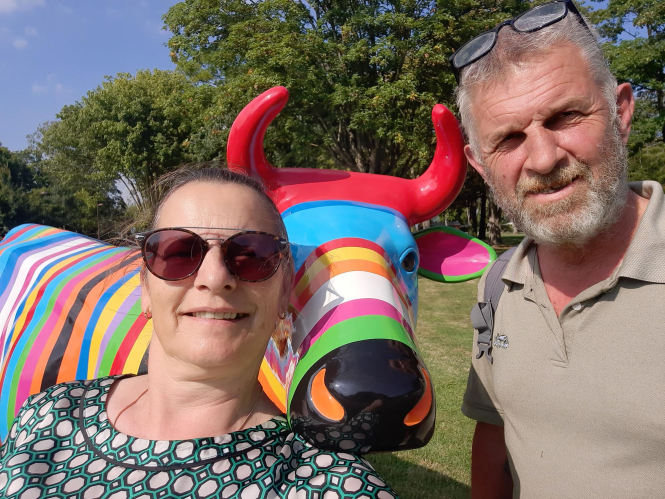 Karen and Mark Lambourne moved to Normandy in May Pic: Provided by interviewee

Karen and Mark Lambourne coped well with the visa route to become early-retiree residents in France this year – but a €200- each charge to ‘validate’ their long-stay visas in France came as an unwelcome surprise.

People obtaining long-stay French visas – now the first step to moving for Britons – are asked to ‘validate’ them online within two months of moving, though the tariffs for doing so are difficult to locate in the official French information online.

As this link shows for most visas, the fee is €200, payable in timbres-fiscaux, available in tabacs. The next step (two months before the visa expires) is applying to a prefecture for a €225 carte de séjour visiteur, renewable annually for at least four years.

Mrs Lambourne, from Manche, Normandy, said the main hurdle otherwise was healthcare, as the French consulate in the UK asks for comprehensive private health insurance valid at least for one year with cover of at least €30,000.

This ensures the person is covered while applying to join the French system. “It makes life harder not being state pensioners with an S1. “The insurance alone was €2,000 each,” she said.

Mrs Lambourne, 59, a retired nurse, said they bought their French home last December and applied online for their visas in the same month.

They only moved in May as the TLS Contact offices, where you must take paperwork, were closed until April due to Covid.

She experienced some frustration with logging in and out of the france-visas.gouv.fr site and said you should keep saving what you do.

Once the form is filled and you have a green tick to say it is complete, you receive an acknowledgement from the consulate and can book to visit an office - in her case in London, she said.

There will be ID numbers on the online application and the acknowledgement, she said.

You should print off both, with supporting documents, originals and copies. This included their birth and marriage certificates and three months of bank statements (for more on visas, see France-visas.gouv.fr and our website’s Brexit section).

Photos and fingerprints were done on the same day and their passports with visas were delivered three weeks afterwards.

Anyone doing it must be well prepared, especially regarding insurance, she said.

Another surprise was the requirement to visit an immigration office for a medical after they moved.

“It’s not like before, when you could just come on holiday and say. And make sure you have enough set aside for all the costs but we’re pleased we’ve come and it’s working out.”