Covid-19 in France: ‘Much bigger impact’ than thought 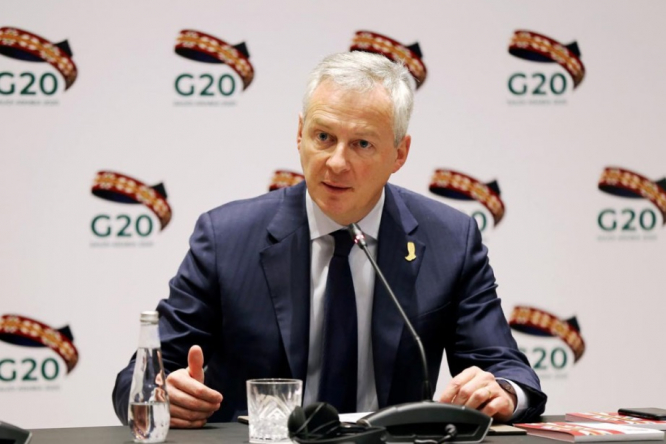 Today (Monday March 2), finance minister Bruno Le Maire said that he “was ready to release necessary funds” to help French businesses affected by the drop in economic growth due to the effects of the virus.

Mr Le Maire had already estimated that the French economy would grow by 0.1 point less in 2020 due to the coronavirus, when it was still limited to China.

He did not state a specific figure, but today said: “Now that the epidemic is affecting more countries, especially France and other European countries, the impact of coronavirus on French growth will be much more significant.”

Among cultural events, book festival le Salon Livre Paris has become the latest event to be cancelled, after the government banned gatherings of more than 5,000 people; while the Louvre museum closed its doors to tourists yesterday as staff invoked their right to stop work in case of danger.

Similarly, the Salon de l’Agriculture in Paris was cut short 24 hours earlier (and also saw lower-than-normal attendance), while the Paris half-marathon was cancelled. The Mipim de Cannes global estate agent event has been postponed to June.

Some other cultural events - such as the Juste Debout dance competition, which was set to held at the AccorHotels Arena in Paris; and the Paris Manga & Sci-Fi Show, which was set to open at the Porte de Versailles next weekend - have also been cancelled.

Further cancellations of gigs, concerts, and cultural events are likely.

Schools in the “cluster zones” in France - the epicentres of the virus, including in the Oise and Haute-Savoie - have been closed, as have some in Morbihan (Brittany) after several “potentially-linked” cases of the virus were identified.

All school trips abroad have been suspended.

In the worst-affected areas of the Oise - including Creil, Crépy-en-Valois, Vaumoise, Lamorlaye, Lagny-le-Sec and La Balme - all schools remain closed, and health minister Olivier Véran said: “All gatherings are banned until further notice.”

He added: “We recommend inhabitants to limit their movements and if possible, work from home.”

On the cancellation of certain events, the sub-prefect for Nice-Montagne in the Alpes-Maritimes, Yoann Toubhans, said: “The idea is to use our common sense.

"I was contacted by a mayor...who wanted advice on a trail race organised in his commune. He said to me that it was possible that participants would be arriving from areas where the virus is spreading.

“So out of precaution, we agreed to cancel the event. But if, tomorrow, [another] mayor comes to me about a fair at a school in their commune, I would have no reason to ask for it to be cancelled, if the event is only going to involve several dozen people, from an area that has not been considered a problem.”

In a poll by agency Ifop, for health information site llicomed.com, almost two thirds (61%) of French people said they were worried for themselves and their family.

Around half of French people said they were worried about going to a sports venue or using public transport.

Just less than half (49%) said they were concerned about going to nightclubs and bars, followed by 41% for cultural centres such as exhibition halls or cinemas; 32% about going to restaurants, 31% about doing their normal shopping; and 26% about going to their workplace.

One quarter (25%) said they were worried about going to voting booths, as municipal elections approach.

The poll was conducted online from a representative sample of the French public aged 18 and over, the day after the first death of a French person was reported, on February 26.

The French government has issued advice on how to reduce the spread of the virus (above).

Anyone returning from China or an area where the virus is “actively circulating” should:

Contact the SAMU (French emergency services) immediately by dialling 15, and mention your travel history. Do not go to your GP or hospital.

Further details are online at: www.gouvernement.fr/info-coronavirus